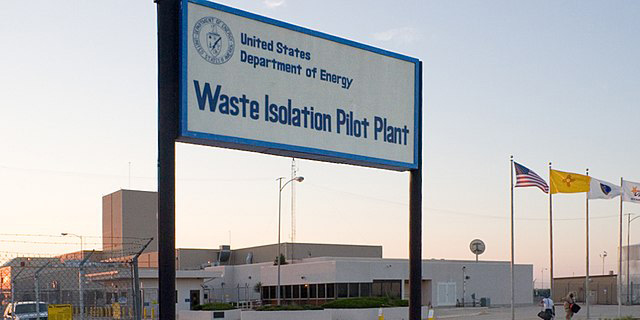 Shipments of nuclear waste from the US Department of Energy’s (DOE’s) site in eastern Idaho to the Waste Isolation Pilot Plant (WIPP) near Carlsbad in New Mexico have resumed following three episodes that caused New Mexico officials to suspend them. A DOE official has told Idaho officials that the New Mexico Environment Department had approved shipments from the 2,300 km2 site, which includes the Idaho National Laboratory (INL).

The New Mexico agency had suspended the shipments on 14 September following three incidents. Officials said a drum leaking liquid in April caused a partial evacuation at the plant, but no contamination was reported. That was followed in July by another drum with a corrosion-like substance that escaped from the bottom, and in August by a shipment that appeared to have droplets on top.

Connie Flohr, manager of the Idaho Clean-up Project for DOE’s Office of Environmental Management, told Idaho officials during a Leadership in Nuclear Energy Commission meeting that additional steps are being taken to make sure future shipments do not leak or rupture. “We’ve got to make sure that what we're sending down there is safe,” she said. “Obviously, it doesn't do any good for any of us to send shipments down that have to be turned back. It’s embarrassing for us, it’s costly, it wastes time, and it doesn’t help Carlsbad maintain their capacity of emplacement."

The commission makes recommendations to the governor regarding policies to support the viability and mission INL and other nuclear industries in the state. Commission members, appointed by the governor, include state lawmakers, local government elected officials, university officials and others.

INL has a legacy of nuclear waste that DOE is cleaning up. It includes about 40,000 barrels of transuranic waste comprising work clothing, rags, machine parts and tools contaminated with plutonium and other radioactive elements. Some barrels contain Cold War weapons waste generated at the former Rocky Flats Plant in Colorado that produced nuclear weapons.

The waste was exhumed, compressed and put into barrels for shipment. Some barrels weigh 320-500 kilograms. But some of the barrels have been sitting for more than five years in a facility without heat or air conditioning. Flohr said that ageing appeared to cause problems with the integrity of some of the barrels.

Ty Blackford, of the Idaho Environmental Coalition — the DOE contractor that manages clean-up operations at INL — said the protective cases used to ship the barrels worked to protect people and the environment from contamination. Workers are examining one of the failed barrels, he said. “The drum looked good when it left (Idaho),” he said during the meeting. “But somewhere between here and there, bouncing down the road for 1,100 miles, something went wrong. So, we need to understand that in detail.”

DOE is required to remove the waste from Idaho following a 1995 agreement that was the culmination of a series of federal lawsuits. That agreement is viewed as preventing DOE from converting the eastern Idaho site in high-desert sagebrush steppe to a high-level nuclear waste repository. The site sits above the Eastern Snake Plain Aquifer, which supplies water to cities and farms in the region. Flohr said DOE could finish shipping the transuranic waste out of Idaho by late 2026 or early 2027. Other types of nuclear waste, including radioactive liquid waste, are also stored at the site.

Image: The entrance to the WIPP facility (courtesy of DoE)