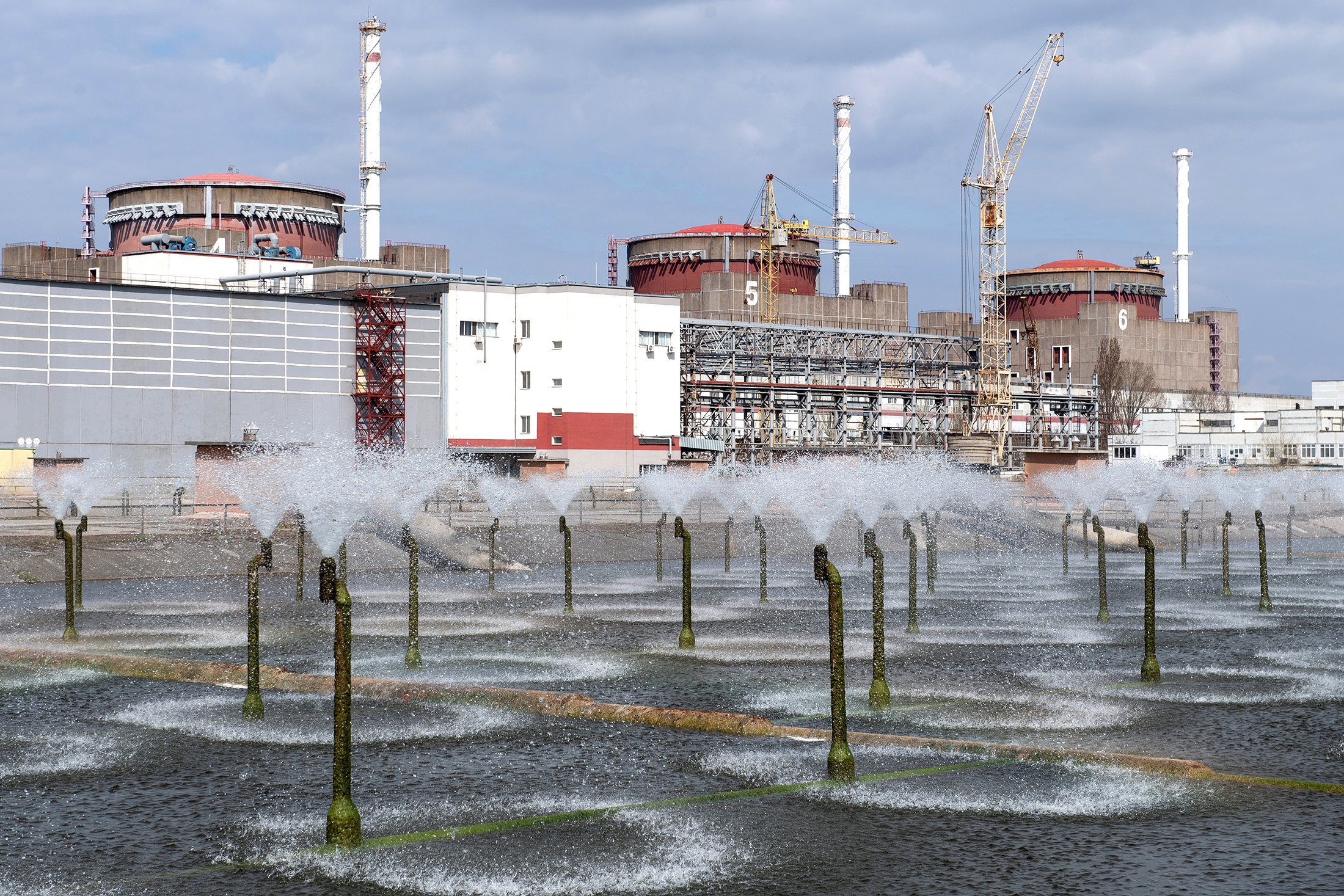 Ukraine’s Zaporizhzhia Nuclear Power Plant (ZNPP) has once again lost access to external electricity and is instead relying on its emergency diesel generators for the power it needs for reactor cooling and other essential nuclear safety and security functions, International Atomic Energy Agency (IAEA) Director General Rafael Mariano Grossi said on 23 November, using information provided by the IAEA staff on the site.

Ukraine’s national operator Energoatom also said that “due to a decrease in the frequency in the power system of Ukraine at the Rivne, South Ukraine and Khmelnytskyy NPPs, emergency protection worked, as a result of which all power units were automatically disconnected. Currently, they work in the design mode, without generation into the power system”. It also said that the radiation background at the NPP sites is normal.

On 5 October, Vladimir Putin signed a decree on the formal transfer of ZNPP to Russian jurisdiction under Rosenergoatom. However, Ukraine’s Energoatom continues to claim ownership of the plant and the IAEA recognises this claim. The new Russian operating organisation of ZNPP is headed by the former chief engineer of Russia’s Balakov NPP, Oleg Romanenko. Since March, when Russian forces took control of the plant, the Russian national guard has been protecting the station.

The ZNPP has been disconnected from the national grid several times during the current military conflict in Ukraine, most recently in early November when it took two days to restore external power supplies.

The team of IAEA experts present at the ZNPP said it lost off-site power at 3:30pm local time on 23 November when it was fully disconnected from the grid, following reports of widespread military action targeting Ukraine’s energy infrastructure.

Initially all the site’s 20 diesel generators started operating automatically, and now eight of them are supplying the site with back-up electricity needed for all safety related equipment. The other 12 diesel generators are in stand-by mode.

The IAEA team also reported that the plant’s operating personnel were performing all activities according to procedures for a loss of off-site power event and that the six reactors were in a safe and stable state. The two reactors that have been in a hot shutdown mode to provide the plant and the nearby town of Enerhodar with steam and heating will be prepared for cooling down. The four others remain in cold shutdown.

The need for secure off-site power supply from the grid for all nuclear sites is one of the seven indispensable pillars for ensuring nuclear safety and security during an armed conflict that the Director General outlined in March.

Reactors need power for cooling and other essential nuclear safety and security functions also when they are in shutdown mode and do not produce electricity anymore. In the case of an external power loss, they have emergency diesel generators that can provide back-up electricity for a limited period of time, at least for 10 days in the case of the ZNPP.

On 22 November, an expert IAEA team had assessed the extent of damage caused by intense shelling over the previous days at ZNPP, Grossi said. They were able to confirm that – despite the severity of the shelling – key equipment remained intact and there were no immediate nuclear safety or security concerns.

The four IAEA nuclear safety, security and safeguards experts currently staying at the site were briefed by management and then conducted an extensive visit of the plant to assess first-hand the physical impact of shelling that had occurred in one of the most serious such incidents at the facility in recent months.

The status of the six reactor units is stable, and the integrity of the used fuel, the fresh fuel and the low, medium and high-level radioactive waste in their respective storage facilities was confirmed, the team said.

Nevertheless, the IAEA experts still observed widespread damage across the site. “This is a major cause of concern as it clearly demonstrates the sheer intensity of the attacks on one of the world’s largest nuclear power plants,” Grossi said.

The team’s observations included damage to condensate storage tanks that caused non-radioactive leaking, several impacts on the main road along the plant’s reactors as well as on a site railway that is out of service, a pressurised air pipeline hit by shrapnel, two impacts on the roof of a special auxiliary building, minor visible damage to a sprinkler charging pipeline, as well as two impacts in a guardhouse area. Operating and maintenance staff have already begun repairing some of the damage and plant personnel are also cleaning up the site following the weekend attacks, the IAEA team said.

On 23 November, Grossi met a Russian delegation led by Rosatom Director General Alexey Likhachev in Istanbul, for consultations on operational aspects related to safety at the ZNPP and on the need to urgently establish a nuclear safety and security protection zone around the plant. The meeting was also announced by Grossi in a tweet.

Russia's official TASS news agency reported that Likhachev held a regular working meeting with Grossi in Istanbul which was also attended by Rostekhnadzor chief Alexander Trembitsky. They "discussed in detail the situation" at and around the plant "and the role the IAEA mission has been playing in ensuring safety there”. The IAEA's prompt reaction to massive bombardments of the power plant that took place on 20 November was highlighted and they agreed to continue their cooperation. “They had a substantive and candid conversation.”

Earlier on 23 November, the Deputy head of the IAEA and head of the IAEA's Nuclear Energy Department, Mikhail Chudakov, told RIA Novosti that there is "progress" on the situation around the nuclear power plant. "There are discussions on this topic, the leaders of other European countries are involved, which should influence the result," he said, without going into details. The Russian Foreign Ministry supports the creation of a security zone around the plant, but not its demilitarisation.