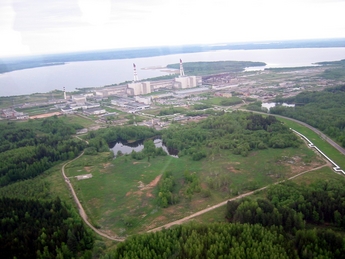 The delegation was tasked with assessing the legislative and regulatory framework for nuclear security, the physical protection of nuclear material and facilities, transport security, the security of radioactive material, and computer security. It also considered Lithuania’s implementation of the 2005 Amendment to the Convention on the Physical Protection of Nuclear Material (CPPNM). The Amendment, ratified by Lithuania in 2009, entered into force in 2016 and provides a strengthened framework for protecting nuclear material and nuclear facilities.

The IPPAS team visited the Ignalina nuclear plant, which is undergoing decommissioning, and the spent nuclear fuel storage facility on the same site. It also visited facilities that use radioactive sources, including the hospital of the Lithuanian University of Health Sciences in the city of Kaunas.

The IPPAS mission was led by Nancy Fragoyannis, senior adviser for nonproliferation and international nuclear security at the US Nuclear Regulatory Commission. The team also included seven other experts from France, Hungary, Netherlands, Romania, Slovenia, the United Kingdom and the IAEA.

The IPPAS team concluded that the nuclear security regime in Lithuania is well established and incorporates the fundamental principles of the amended CPPNM. It identified good practices and made recommendations for further improvement. “This is the third time that an IPPAS mission has been invited to Lithuania,” noted Muhammad Khaliq, head of the Nuclear Security of Materials and Facilities Section at the IAEA. “Lithuania’s example in applying IAEA Nuclear Security guidance and using IAEA advisory services clearly demonstrates its strong commitment to nuclear security and its enhancement.”