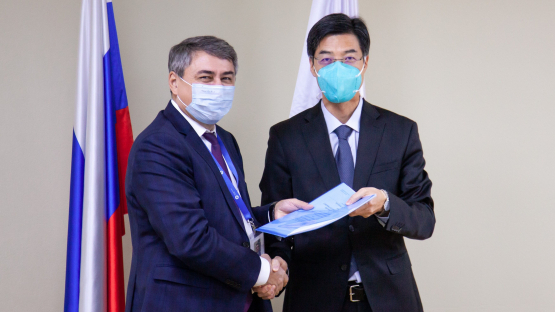 An International Atomic Energy Agency (IAEA) Operational Safety Review Team (OSART) team said that Russia nuclear utility Rosenergoatom had strengthened operational safety by addressing the findings of an IAEA review which took place in 2018. The team also encouraged the corporation to continue its efforts in improving its safety performance.

The five-day follow-up Corporate OSART mission, completed on 29 October, was carried out at the request of the Russian Government. Rosenergoatom is a subsidiary of the Russian state corporation Rosatom and currently owns and operates all 38 nuclear reactors across the Russian Federation.

Corporate OSART missions are conducted at utilities that own or operate nuclear power plants. They review the utility’s centralised functions that affect the operational safety of its plants. The missions objectively assess safety performance using IAEA safety standards and propose recommendations and suggestions for improvement where appropriate. Follow-up missions are standard components of the OSART programme and are typically conducted within two years of the initial mission.

“Rosenergoatom has made significant efforts in addressing the findings of the 2018 OSART mission. The follow-up team observed measurable improvements in the review areas,” said team leader Fuming Jiang, Head of Operational Safety Section at the IAEA. “The corporation has effectively used centralised functions to implement multiple initiatives and actions to address the identified issues and improve safety at its power plants.”

The three member team comprised one expert from Slovakia and two IAEA officials. The team observed that several findings from the 2018 review were fully addressed including:

The team noted that while significant progress has been made, more time and further efforts are required to fully address the following two findings from the 2018 review:

“The corporate OSART mission was very helpful for us. We have gone through all areas for improvement listed in the initial report, and succeeded in achieving important progress,” said Alexander Shutikov, First Deputy Director General of Rosenergoatom. “We are grateful to the experts of the OSART mission for the professional and competent support. We are not going to stop at the achieved results and will strive to further improve our safety performance.”

The team provided a draft report of the mission to Rosenergoatom on the mission’s final day. Rosenergoatom management and the Russia’s Nuclear Regulatory Authority of the Russia Federation, which is responsible for nuclear safety oversight in the country, will have the opportunity to make factual comments on the draft. These will be reviewed by the IAEA and the final report will be submitted to the Government of the Russia Federation within three months.