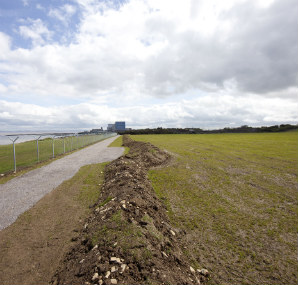 The UK Government and EDF Group have reached commercial agreement on the key terms of a proposed investment contract for the Hinkley Point C nuclear power station in Somerset. The French utility expects to make a final investment decision on the £16 billion project by July 2014.

Strike price
Terms of the agreement include a strike price of £89.50/MWh ($145 or EUR105) should EPRs be built at both Hinkley C and Sizewell C, or £92.50/MWh ($150/EUR109) if only the first nuclear plant goes ahead. The strike price, which guarantees the purchase price of electricity for 35 years from commissioning, will be linked to inflation via the consumer price index.

EDF Energy, which expects to see a rate of return of around 10% of the Hinkley C construction project, described the investment contract as "balanced." It will give investors the confidence to invest in a new nuclear power station that is capable of providing the UK with secure, reliable, low carbon electricity at a fair price for consumers, EDF said.

Twin EPR reactors at Hinkley Point C could meet around 7% of the UK's electricity demand when running at full capacity. The 3260 MW power station is expected to complete commissioning of the first unit in 2023, EDF said. Preliminary works for the Hinkley Point C project are well advanced.

The UK's Department of Energy and Climate Change (DECC) said that building a new fleet of nuclear power stations could reduce bills by "more than £75 a year" in 2030, compared to a future where nuclear is not part of the energy mix.

"Discussions are also taking place with a shortlist of other interested parties who could take up to 15%," EDF said. It did not name those involved.

EDF, which has been working with the Chinese companies for over three decades, said that a number of suitably qualified Chinese personnel would join the project to work alongside members of the project team, subject to the usual approvals from the UK regulators.

Great for Britain
"This deal means £16bn of investment coming into the country and the creation of 25,000 jobs, which is brilliant news for the South West and for the country as a whole," said UK prime minister David Cameron.

"As we compete in the tough global race, this underlines the confidence there is in Britain and makes clear that we are very much open for business."

EDF puts the cost of constructing the twin EPR nuclear power station at £14 billion ($22.6bn) in 2012 currency. Other cost related to the project amount to around £2 billion, and relate to land purchases, achieving the different consents, construction of a spent fuel storage facility and preparing the 900 strong team which will run the station.

The project is expected to create 25,000 jobs during construction, with 900 permanent jobs during the 60 years of operation, according to EDF.

Up to 57% of the project's construction value could be spent in the UK, building skills and expertise, which will help the country win a greater share of nuclear programmes nationally and globally, the UK Nuclear Industry Association (NIA) said.

Key suppliers
Agreements have been signed with four key suppliers: Bouygues TP/Laing O'Rourke (civils), Costain (marine work), Alstom (turbines) and AREVA (for I&C, NSSS and fuel), EDF said. All the contracts are subject to a final investment decision, which is expected by July 2014, according to EDF.

Bouygues TP/Laing O'Rourke is confirmed as the preferred delivery partner for the main civil engineering and construction contract valued at over £2 billion. The company said that once a final investment decision is announced by EDF, the joint venture will "move swiftly" to establish site teams and commence work. The construction programme will require 3600 operatives and 800 staff, it said.

Costain will provide the design and delivery of the water-cooling systems for the nuclear power station. This includes design and construction of three 11 km long marine tunnels to take in cooling water from the Severn Estuary for the nuclear reactor. It also said "work will commence as soon as possible" following the final investment decision.

Alstom said it expects to supply two 1750 MW conventional islands based on its ARABELLE™ steam turbines for Hinkley Point C, together with other non-nuclear construction work. Alstom said that "at least one third" of the project will be UK content. UK teams will erect the turbine generators, and service them throughout the lifetime of the project.

A contract has also been agreed with reactor vendor AREVA for Instrumentation and Control, the Nuclear Steam Supply System (which includes the reactor vessel and pressurizer), and the nuclear fuel.

The final investment decision is dependent on three main factors, including agreement of the full investment contract; finalizing agreements with industrial partners for equity funding and with Infrastructure UK for debt funding, as well as a decision from the European Commission on state aid.