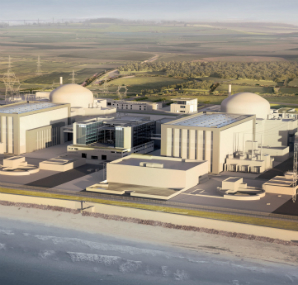 One of the biggest hurdles on the course to a final investment decision for the twin EPR Hinkley Point C nuclear power plant has been overcome. The European Commission has ruled that the project, whose power price would be guaranteed for utility EDF Energy for 35 years, does not violate European guidance on possibly anticompetitive use of state aid.

The Commission said: "During the investigation, the UK authorities demonstrated that the support would address a genuine market failure, dispelling the Commission's initial doubts. In particular, the promoters of the project would not be able to obtain the necessary financing due to its unprecedented nature and scale."

The proposed agreements are for a long-term contract for the electricity generated at Hinkley Point C and for a guarantee for the project's debt. The amount of the fee for the latter was reduced, and set at market rates, after the Commission's review. The review also changed some details of the gain-share agreement in which, should the power price be in excess of the market, EDF Energy would have to pay the government.

EDF Energy called it 'another important milestone' for the project, which still has not reached the final investment decision stage. EDF chairman and CEO Henri Proglio said: "Now EDF and partners have to finalise the agreements needed to reach a final investment decision." Also, the company said that the waste transfer contract arrangements must be approved by the European Commission and by the Secretary of State as part of the Funded Decommissioning Programme, which aims to pay for decommissioning costs during operation.

EDF Energy said that the twin-EPR project, generating about 3300 MWe gross, is expected to cost about $16 billion in 2012 currency to first operation, with £14 billion for construction and £2 billion for land purchases, consents, spent fuel storage and staff training and recruitment.