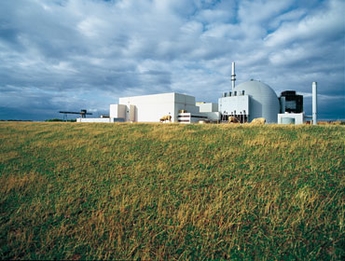 A package of energy bills, including an amendment to Germany's atomic energy law extending the operating life of the country's 17 nuclear power reactors - by eight years for units entering operation before 1980 and by 14 years for those starting up after 1980 - was signed into law by president Christian Wulff on 8 December.

The life extensions are from closure dates agreed in 2001, which placed a cap on lifetime electricity generation by nuclear reactors and amounted to an average operating life of 32 years, with the intention of shutting all nuclear units down permanently by 2022. Relaxing the nuclear phaseout policy, which originated with Gerhard Schroeder's SDP/Green coalition government of 1998, has been a key policy goal of the CDU/CSU plus FDP coalition elected in September 2009.

President Wulff also signed into law a nuclear fuel rod tax under which the "big four" nuclear operators (E.ON, RWE, Vattenfall and EnBW) will pay 145 euro per g of uranium or plutonium fuel for six years, raising about 2.3 billion Euro per year. Two other laws were also enacted: one establishing a special purpose renewable energy and climate fund to be funded via the life extensions; and another (a further amendment of the atomic energy law) dealing with appropriation of funds for waste disposal and transposition of EC Directive 209/71/Euratom (establishing an EU nuclear safety framework). The measures were approved by the lower house, the Bundestag, on 28 October, and will come into force on 1 January 2011.

Surprisingly, the upper house, the Bundesrat, which represents the 16 Laender, did not object to the package, following negotiations between federal chancellor Angela Merkel and Laender prime ministers, leading to an agreement on compensation for loss of tax revenues arising from the nuclear fuel tax.

But it is expected that the life extension amendment will be challenged in the Federal Constitutional Court by the SPD and Green opposition parties, as well as by SPD-led Laender.

The constitutional status of this amendment has proved controversial, but President Wulff said he could find no legal objections to it following "intensive and careful checking of all the constitutional aspects."