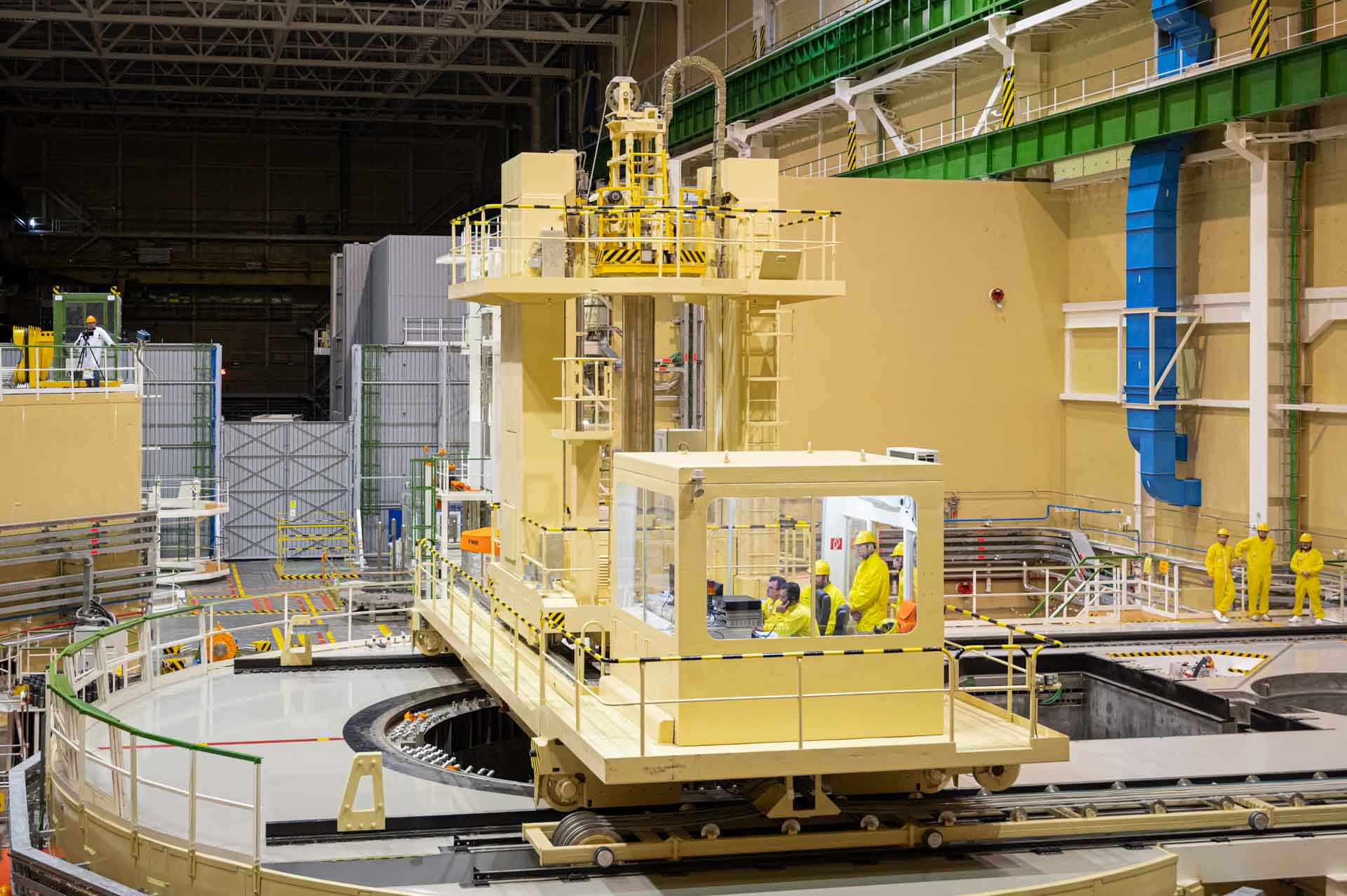 Slovak energy company Slovenské Elektrárne (SE) has loaded the first fuel cartridge into the VVER-440 reactor at unit 3 of the Mochovce NPP. After undergoing the necessary the tests, the unit is expected to achieve 100% power by the end of 2022. Branislav Strýcek, SE Chairman of the Board of Directors and CEO told a press conference that over the next approximately four months, the plant will gradually complete the phases of physical start-up, energy start-up and the final 144-hour run of the 471MWe unit at full power.

"Today we are starting to write a new chapter in the energy sector of Slovakia and Europe,” he said. “It is the culmination of a long-term project, which is one of the largest and most demanding in terms of finance and infrastructure in Europe. After starting up at full capacity, Mochovce 3 will cover 13% of electricity consumption in Slovakia. As a result, our country will become self-sufficient. At the same time, we will have one of the cleanest energy mixes in Europe.” The service life of the new unit is at least 60 years.

The fuel loading will take 108 hours, followed by the assembly of the reactor, pre-critical tests, achieving criticality and physical start-up tests – all of which is expected to take six weeks – after which power start-up will begin. The power level will be gradually increased to 5%, 20%, 35%, 55%, 75%, 90% and finally 100%. The introduction of the first fuel into the reactor was preceded by the official signing of the second-stage decision on putting the equipment into operation by the President of the Slovak Nuclear Regulatory Authority (ÚJD), Marta Žiaková. ÚJD issued the final authorisation for commissioning Mochovce 3 in August.

The final design includes many upgrades to safety and security, introduced in the wake of the Fukushima accident.