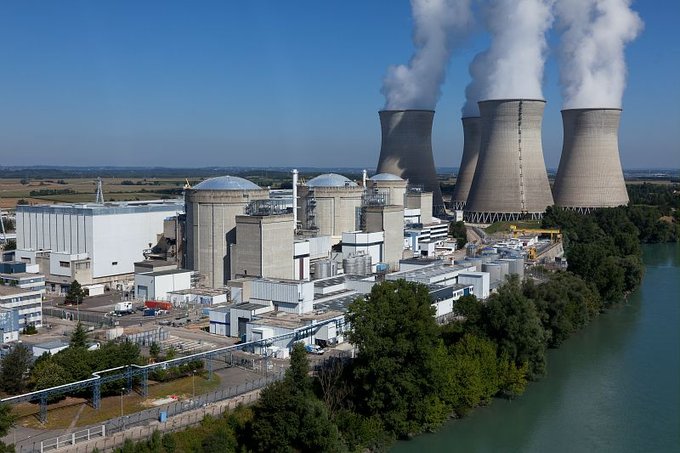 French regulator Autorité de Sûreté Nucléaire (ASN) has given EDF formal notice to comply with the provisions of the safety report for reactors 2, 4 and 5 of the Bugey NPP, relating to limiting the risk of the foundation raft piercing the reactor building in the event of a serious accident. In February 2021, ASN set out the requirements applicable to 900MWe reactors based on the conclusions of the generic phase of their fourth periodic safety review. In particular, it prescribed implementation of technical devices to keep the reactor pit dry, to spread the corium on the bottom of the reactor pit and the adjacent room and passive reflooding of the corium by water, in order to prevent the foundation slab from being breached in the event of core meltdown.

For reactors 2, 4 and 5 at Bugey, the deadlines set for implementation of these systems were April 2021, December 2021 and June 2022 respectively. These measures were implemented during the fourth ten-yearly inspections of these reactors and included in their safety report.

During the shutdown of Bugey 2 in February 2022, after an operating cycle with the device for keeping the reactor pit dry in place, EDF identified damage to the seals on the device, and this was inspected by ASN on 3 March. When Bugey 4 was shut down in April 2022, after several months of operation with the device in place, EDF identified similar damage. ASN said this damage is likely to call into question the objective of keeping the reactor pit dry.

EDF sent ASN technical information aimed at assessing the impact of the presence of water in the bottom of the reactor pit, resulting from the observed damage, on the spreading of the corium and on its passive reflooding, and more generally on the objective of preventing basemat breakthrough in the event of core meltdown. The studies transmitted by EDF showed that the objective of preventing such a breakthrough has not been called into question. This led ASN to consider that dealing with the deviation within two years would be appropriate. In particular, ASN authorised the restart of reactors 2 and 5, noting that reactor 5 had been fitted with an identical device during its fourth ten-year outage, which ended in June 2022.

In view of the need to improve the design of the device to keep the reactor vessel pit dry at the Bugey NPP to comply with safety provisions, ASN set the two-year deadlines for bringing reactors 2, 4 and 5 at Bugey back into conformity. Reactor 3 will undergo its fourth ten-year inspection in the second half of 2023 and the improved device will be installed on this occasion. ASN said it will check that EDF takes the necessary measures to comply its formal notice.