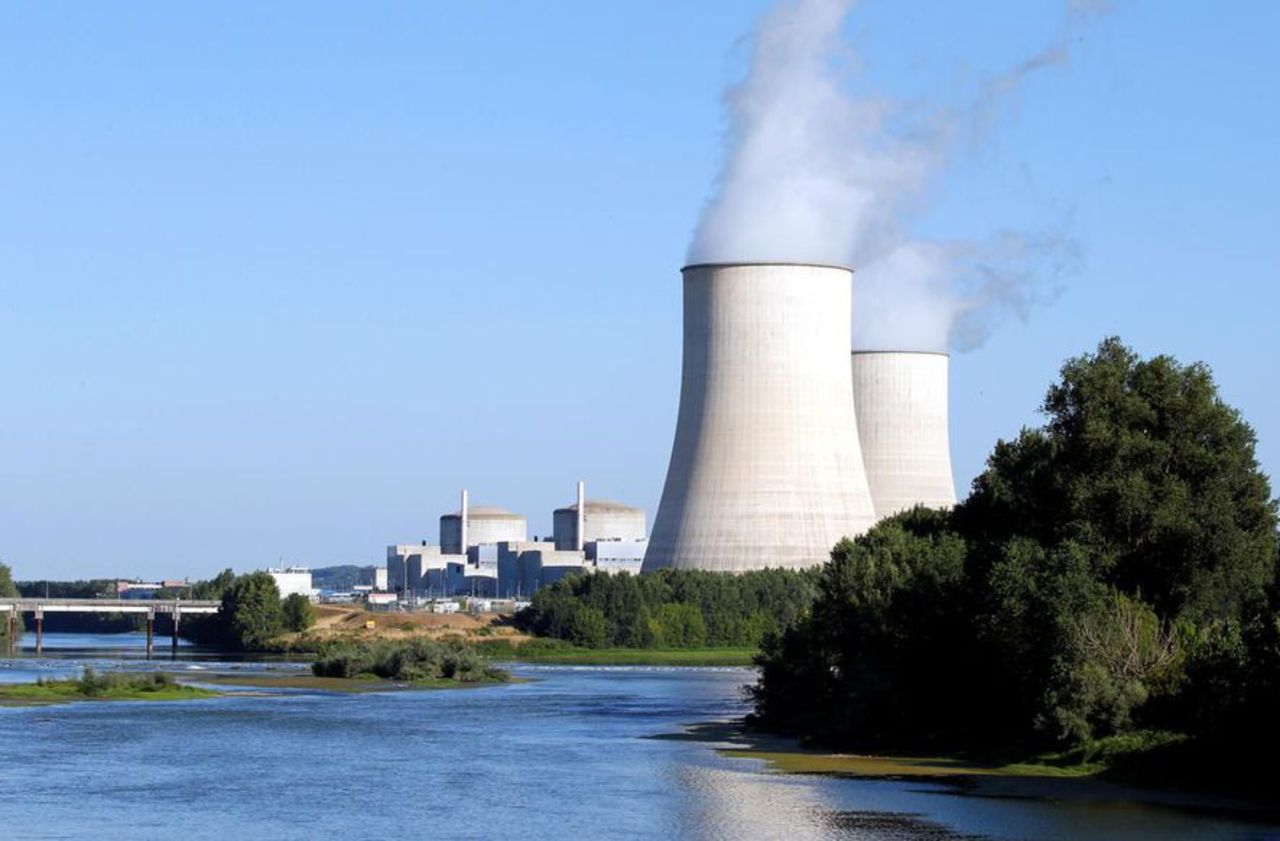 French nuclear regulator Autorité de Sûreté Nucléaire (ASN) has decided to extend the temporary framework for thermal discharges from the Golfech, Saint-Alban, Blayais and Bugey NPPs until 7 August, noting that the current exceptional heat wave is leading to the warming of certain rivers used to cool NPPs.

The decision was taken because “temperature forecasts remain high and continue to affect stream temperatures due to lower than seasonal average flows”. At the same time, there is a need to maintain several NPPs at a minimum power level to ensure the security of the electricity network.

ASN explained that cooling water discharged by NPPs leads to a rise in the temperature of the watercourse between the upstream and downstream of the discharge. “In order to control the consequences on the environment, the thermal conditions of these discharges are governed by ASN decisions for each plant.

For some power plants, based on experience feedback from the 2003 and 2006 heat waves, two levels of thermal discharge limits are permanently prescribed. The first level applies during normal climatic conditions. When these limits cannot be respected, mainly due to the temperature of the water upstream of the plant, the power of the reactors is lowered to reduce the effect of thermal discharges on the environment. This can lead to the complete shutdown of the reactor.

The second level of limit applies during periods of high temperature. This limit level can only be used if the electricity network (RTE) expresses the need to maintain a minimum power to ensure the security of the electricity network. It applies without a decision from ASN, which is however informed. It is associated with an enhanced environmental monitoring programme. This second level of limit has, until this summer, been used only once since 2006, by the Golfech NPP for 36 hours in 2018.

However, ASN said the exceptional climatic and hydraulic situation encountered this summer led to an unusual rise in the temperature of certain rivers. “Due to this exceptional situation, the limit values ??in force (the first and second levels set out above) on the temperature of liquid discharges could not be respected, which should lead, preventively to any overrun, to the reduction of the power, or even the shutdown of the electricity production of the reactors concerned.”

When, at the same time, RTE expresses the need to maintain several NPPs at a minimum level of production to ensure the security of the electrical network, and this is a matter of public necessity, the provisions of the environment code allow ASN, on the basis of a request transmitted by EDF, to temporarily supervise a modification of the thermal discharges of the plants concerned.

ASN said this was done for the sites of Blayais, Golfech, Saint-Alban and Bugey by ASN resolutions on 13 and 15 July for a period up to 24 July. The enhanced monitoring programme associated with this situation has not revealed any consequences on the environment. “ASN has carried out and will continue to carry out inspections to check the correct application of its decisions.”

However, ASN added that the watercourse temperature forecasts remain high after 24 July and RTE identified the need to maintain until August 7 the NPPs of Golfech, Blayais, Saint-Alban and Bugey at a minimum level of electricity production to ensure the power grid security. Consequently, EDF asked ASN to extend the provisions temporarily adopted for these plants and the Ministry of Energy Transition has considered that maintaining a minimum level of production is a public necessity. ASN said EDF's request was accepted on the basis of experience feedback from environmental monitoring specifically carried out during previous heat waves, as well as long-term monitoring of the ecosystems concerned.

Image: French nuclear regulator ASN has temporarily modified the strict rules regulating the maximum temperature of cooling water released from some nuclear power plants in France as the country is in the grips of a summer heatwave