French reactors restart after safety review: no US shutdowns 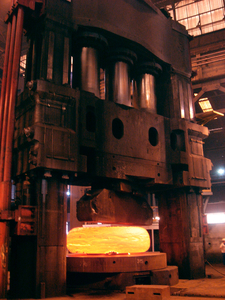 France’s nuclear regulator, the Autorité de Sûreté Nucléaire (ASN) on 12 January approved the restart of nine reactors that had been offline while the safety case for the units was under review. ASN said it had reviewed information provided by nuclear operator EDF concerning the reactors, whose lower heads on the primary side of steam generators were manufactured by Japan Casting and Forging Corporation (JCFC).

Twelve units have been affected by the issue including ten 900MWe units and two 1495MWe reactors. The nine that can now be restarted are all 900MWe units. They are: Bugey 4, Dampierre 3, Fessenheim 1, Gravelines 2 and  4, Saint-Laurent B1, and Tricastin 1,  3 and  4. ASN has delayed the restart of the 900MWe Tricastin-2, because of possible electricity network safety risks associated with a cold weather forecast. ASN is still examining the safety case provided by EDF for the 1495MWe Civaux 1 and  2.

The issue first came to attention in April 2015 when ASN confirmed an anomaly in the composition of steel in some areas of the lid and the bottom of the reactor pressure vessel at the Flamanville 3 EPR under construction in northern France. The affected parts were manufactured at the Creusot facility in September 2006 and January 2007 and the high carbon content in those parts prompted Areva’s quality review.

ASN said this could affect the mechanical properties of the steel and jeopardise the safety of reactors and asked Areva and operator EDF to check other EDF reactor components for similar anomalies. EDF subsequently identified similar anomalies on the lower, primary side cap of a number of steam generators, including those at the nine reactors now been cleared for restart. Areva discovered separately that steel from its Le Creusot forge facility in France and JCFC might have had carbon concentrations that could lead to anomalies similar to the one at Flamanville 3.

The US also checked reactors thought to contain affected components and a list of large reactor components supplied to US NPPs by Areva's Creusot Forge  has been released by the Nuclear Regulatory Commission (NRC). However, NRC said it has no immediate safety concerns regarding the parts supplied to 17 US reactors.

NRC informed Areva on 30 December of its intention to publish the list of components, and, in a 10 January statement, Areva said it supported the release of this information. Areva noted that not all of the components supplied to US plants were installed or put into service. It added, "First and foremost, evaluations to this point confirm the quality and safety of components that Areva directly provided to US utilities."

In a blog post, NRC public affairs officer David McIntyre said: "We are confident at this time that there are no safety concerns for US nuclear power plants raised by the investigations in France." He added, "Our confidence is based on the US material qualification process, preliminary structural evaluations of reactor components under scrutiny in France, US material aging-management programs, our participation in a multinational inspection of Creusot Forge, and information supplied by Areva about the documentation anomalies. Also, the components supplied to US plants have performed well and inspections during their operating life have revealed no safety issues."