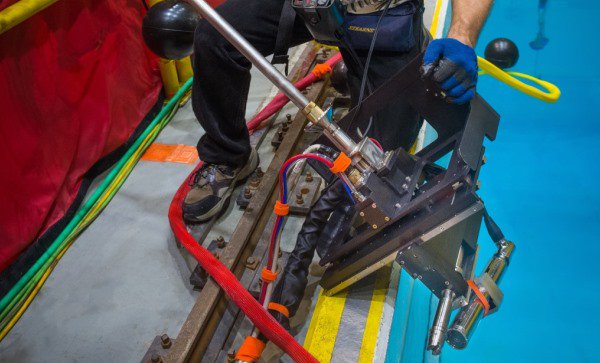 France’s Framatome has deployed an innovative new inspection tool, known as Falcon, for ultrasonic testing of baffle bolts inside of a reactor vessel.

Baffle bolts, which hold the reactor pressure vessel together, present a variety of inspection challenges. Due to differences in location and age, their size and level of degradation can vary significantly.

The Falcon tool assessed up to 40 bolts per hour, saving approximately 30 hours on an outage schedule. Framatome deployed the device during outages in autumn 2018 and spring 2019.

Catherine Cornand, senior executive vice president of the Installed Base Business Unit at Framatome explained that Falcon “creates a stable environment to analyse the integrity of baffle bolts, addressing existing challenges with fluid movement in a reactor during these inspections”. She added:  “With Falcon, Framatome can inspect baffle bolts precisely, consistently and quickly, saving operators valuable time during outages.”

Falcon includes four encoded motors that move a radiation-tolerant camera and an ultrasonic transducer along a neutrally buoyant pole that clamps to the top of a baffle plate. The device creates a stable environment for controlled movement and placement of these tools. Innovative software accompanying the device records and evaluates data in seconds per bolt, saving time and improving schedule predictability during an outage.