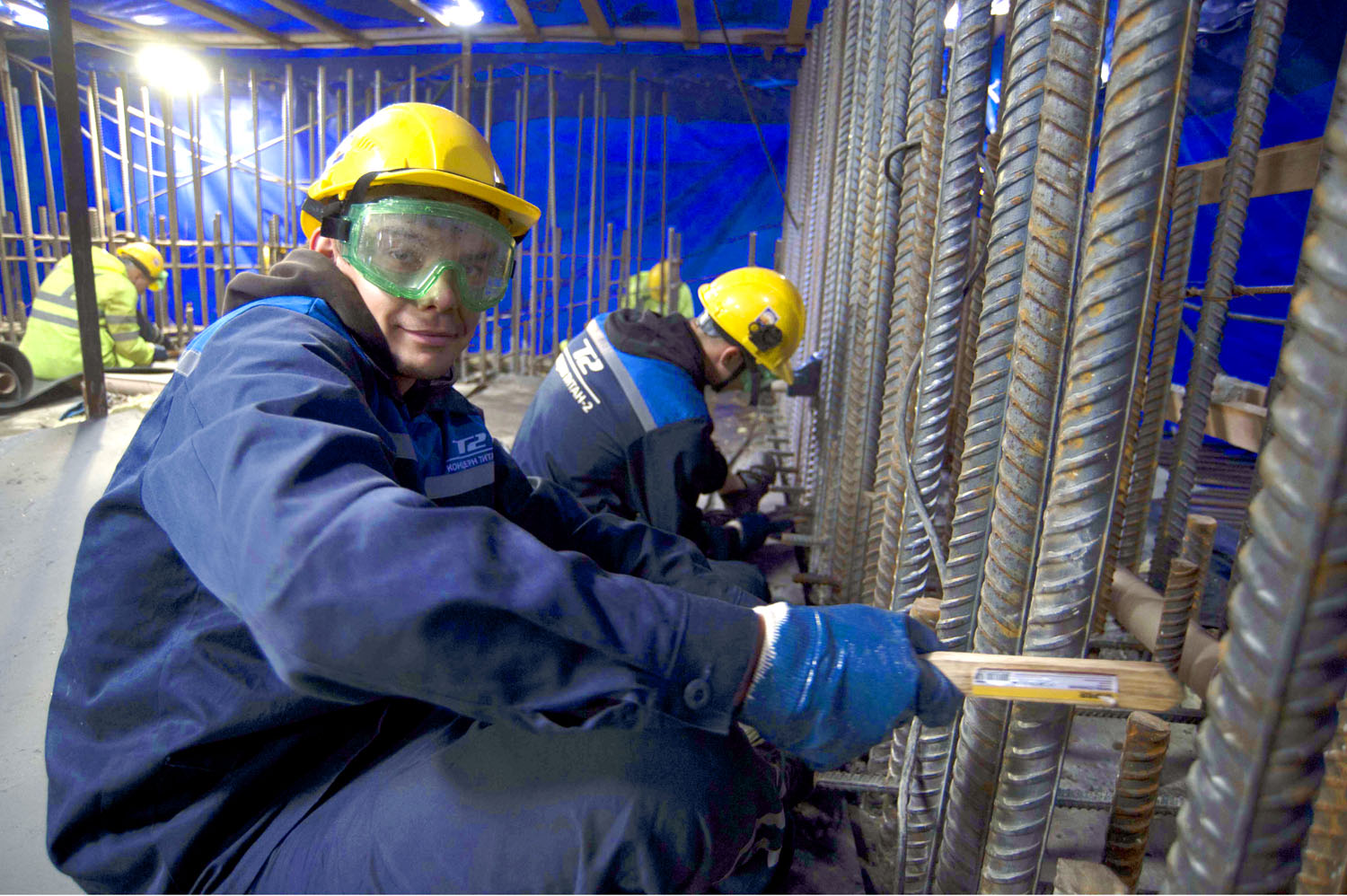 The foundation slab has been concreted at the BREST reactor, under construction at the Russia’s Siberian Chemical Combine (SCC) in Seversk, part of Rosatom’s Fuel Company TVEL, Rosatom reported on 19 August.

The reactor is part of the pilot demonstration energy complex (ODEK), being built under Russia’s Proryv (Breakthrough) project. The complex, when completed will comprise a fuel fabrication-refabrication module (MFR) and a used fuel reprocessing module as well as the BREST-OD-300, which is a lead-cooled fast neutron reactor. The purpose of ODEK is to demonstrate the closed fuel cycle with a fast neutron reactor supported by fuel fabrication and recycling on a single site.

Continuous pouring of concrete into the base of the reactor lasted 26 hours. The fifth foundation slab, which will be located directly under the reactor, was filled with about 2855 cubic metres of heavy concrete.

The work was undertaken by nuclear industry student construction teams who arrived in Seversk in June. A total of 18 student construction teams comprising 255 people are taking part from 12 Russian regions - Novosibirsk, Arkhangelsk, Samara, Voronezh, Omsk, Tomsk regions, Altai Territory, the Republic of Khakassia and others. Students started working at the site in July and their third work placement at the facility will last until 28 August.

“Most of the students are engaged in rigging and transverse reinforcement of the reactor plant foundation under the guidance of experienced installers of the Titan-2 Concern. Students are also involved in construction work on the auxiliary buildings of the ODEK. Their contribution is approximately 10-11% of the total volume of work,” said Maxim Yakovlev, Deputy Director of the Breakthrough programme at Titan-2.

According to Alexander Gusev, SCC Deputy General Director, who is also Director for Construction of ODEK, the priority task is to complete the installation of all technological lines of the MFR, as well as the pouring of the foundation slab of the BREST-OD-300 reactor and the turbine hall of the power unit, erection of walls and backfilling of the foundation.

“The arrival of so many students is a great emotional responsibility at our construction site. The guys are here to master construction professions, our colleagues and technologists oversee their production and give them lectures. We will take note of the guys who want to connect their lives with the plant, and we will build further career paths for them ” stressed Sergey Kotov, SCC General Director.

The work of the construction team is organised by the youth all-Russian public organisation Russian Student Brigades together with Rosatom in partnership with Titan-2.

The BREST reactor will run on mixed uranium-plutonium nitride (MNUP) fuel, specially developed for this facility. After reprocessing, the irradiated fuel will be sent to the in-site facility for refabrication as fresh fuel, making the system practically autonomous and independent of external supplies of resources. According to the planned timeline, the BREST-OD-300 reactor should begin operation in 2026. The MFR will be completed by 2023 and construction of the irradiated fuel reprocessing module is scheduled to start by 2024.