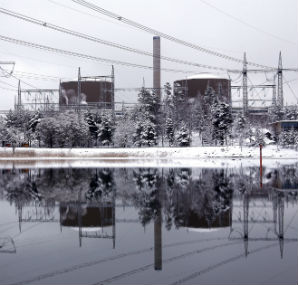 Finnish utility Fortum has agreed with the contractor consortium AREVA-Siemens to discontinue the current automation modernisation project at the Loviisa nuclear power plant. The consortium will complete its resized work package and then finish the project.

According to Fortum, modernisation of the Loviisa nuclear power plant's automation started in 2005. The reactor control system and automation for auxiliary systems were completed at unit 1 in 2008 and at unit 2 in 2009. During the planning and testing of the
next phase of the current automation modernisation agreement, it appeared that the implementation of the current project would have been further delayed from its original time schedule and would have taken too long to complete, Fortum said.

Fortum said it is looking to modernise the plant for the rest of its operational life. Unit 1 at Loviisa power plant has an operational license to 2027 and unit 2 to 2030.

Rolls-Royce to carry out modernisation by 2018

It announced that it has signed up Rolls-Royce to carry out modernisation of safety-related systems of both Loviisa units by 2018. The contract value was not disclosed.

Tiina Tuomela, Fortum's nuclear power executive emphasised that the decision to bring in Rolls-Royce had nothing to do with problems at the Olkiluoto 3 nuclear plant, where AREVA-Siemens is also the main supplier, which has been hit by repeated delays and soaring costs.