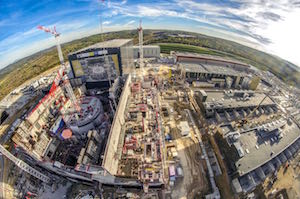 Europe and Japan have signed a joint declaration on fusion energy aimed at closer cooperation with the International Thermonuclear Experimental Reactor (Iter).

The declaration, which updates the 2007 Broader Approach document, was signed in Brussels on 2 March by energy commissioner Kadri Simson  on behalf of Euratom, and Kazuo Kodama, ambassador extraordinary and plenipotentiary of Japan to the European Union.

The European Commission (EC) said the declaration launches a second phase of activities, which are focused on exploiting the facilities already  built and on working closely with Iter as it enters the assembly phase.

The work is being carried out by the two implementing agencies: Fusion for Energy for Europe, and the National Institutes for Quantum and Radiological Science and Technology for Japan.

The EC said the Broader Approach, which represents a highly successful collaboration between two major players in fusion research, means knowledge and expertise can be consolidated among the wider fusion community to ensure “as solid a base as possible” for the future development of commercial fusion reactors. Broader Approach activities comprise three projects in Japan including the satellite tokamak project (JT-60SA) nearing completion at Naka, Ibaraki Prefecture.

JT-60SA is being developed using infrastructure of the existing JT-60 (Japan-Torus-60) upgrade experiment. SA stands for "super, advanced" - the experiment will have superconducting coils and study advanced modes of plasma operation.

Although JT-60SA is half the size of Iter it will use similar superconducting magnets and the liquid helium cooling systems. JT-60SA’s powerful heating systems can inject targeted microwave energy and high-energy particles into the plasma, which should achieve temperatures over 200 million C, comparable to those anticipated for Iter.