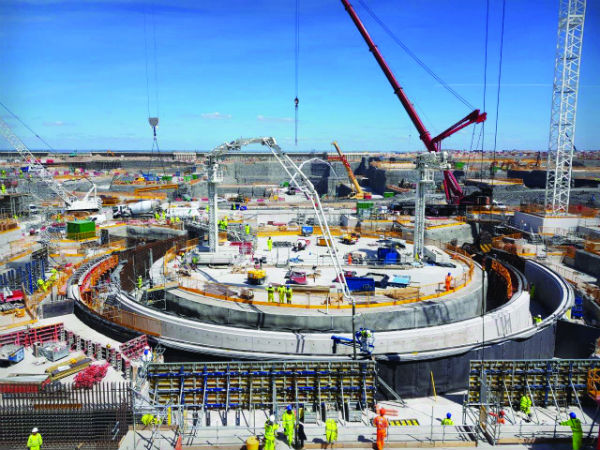 Gerard Hogan, advocate general of the European Union Court of Justice said in a non-binding opinion that EU judges should dismiss an appeal by Austria aimed at overturning the approval of UK aid to support construction of the Hinkley Point C nuclear power plant. He added that a lower EU tribunal was “fully entitled” to dismiss the Austrian challenge.

The Luxembourg-based Court of Justice is not obliged to follow such advice but does so in most cases. “It is clear that the development of nuclear power is, as reflected in the Euratom Treaty, a clearly defined objective of EU law,” Hogan said.

In 2014, the European Commission (EC) approved UK plans to use taxpayer money to support the GBP20bn ($25m) project to build two EPR reactor units at Hinkley Point C, after several agreed changes. The project is a  joint venture between EDF and China General Nuclear Power Corporation.

European commissioner for competition Joaquín Almunia said at that time: “After a thorough investigation, the commission can now conclude that the support is compatible with EU state aid rules.” Although the EU generally opposes subsidies for national private companies, the EC decided that, in this instance, there was a “lack of market-based financial instruments and other contracts to hedge against the substantial investment risks in the project”.

Austria in 2015 challenged the EC’s decision to back the UK measures arguing that it contradicted EU policy of supporting renewable energy. It objected to a guaranteed price for electricity from the plant, which is higher than market rates, and also opposed state credit guarantees being provided for the project. Subsidies are there to support modern technologies that lie in the general interest of all EU member states. This is not the case with nuclear power, Austria’s then-chancellor Werner Faymann said.

Austria lost the case in 2018 when the General Court dismissed its action. Austria then brought an appeal against the court's decision before the European Court of Justice.

In his non-binding opinion Hogan noted: "This case can be described as the legal side of a dispute between member states that are in favour of nuclear power and those that are not. Both sides claim that they pursue their course with a view to protecting the environment."

He concluded the argument put forward by Austria that the provisions of the Euratom Treaty do not cover either the building of further nuclear power plants or the replacement and modernisation of ageing plants by more modern, already developed technologies cannot be accepted. By accepting the objectives of the Euratom Treaty, all EU member states have "clearly signified their unqualified acceptance in principle of the right of other member states to develop nuclear power plants on their own territories should they wish to do so", he noted.

Austria has consistently opposed the construction of nuclear plants in other European states. In February 2018, it launched a lawsuit against the EC for its approval of Hungarian state subsidies for the construction of two new reactors at the Paks nuclear plant. The EC's approved state aid for the project in 2017 after Hungary gave commitments to limit distortions in competition. Slovakia has also postponed operation of two units at its Mohovce NPP as a result of Austrian protests.