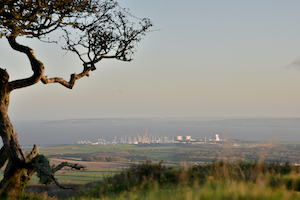 Electricite de France (EDF) says its Hinkley Point C (HPC) nuclear plant in the UK risks being late and over-budget as Russia’s invasion of Ukraine and supply chain disruption weigh on progress at the site, Bloomberg reported on 7 May. The risk of delays has increased since the company’s update in January 2021 because of the combination of the pandemic, the UK’s exit from the European Union, lower civil productivity, the Ukrainian conflict and supply chain disruption, EDF said in a presentation.

That applies “for HPC and for the suppliers of HPC,” EDF Chief Financial Officer Xavier Girre said on a conference call. “On top of that, the project is impacted by materials shortages and inflation.”

EDF has a 66.5% share in Hinkley Point C, with China General Nuclear Power Corp holding the rest. EDF expects to complete its review of the timetable and budget for the project by late June. The reassessment could revive controversy over the cost of the project and whether further delays are inevitable.

In January 2021, EDF increased its estimate of the cost of Hinkley Point by GBP500 million to GBP22 - 23 billion, citing the pandemic. It also pushed back the date for the operation of unit 1 by six months to June 2026. Earlier, in 2017 and 2019, EDF had increased the Hinkley Point budget from the original estimate of GBP18 billion when the contract was signed in 2016.