EDF to sell stake in US joint venture 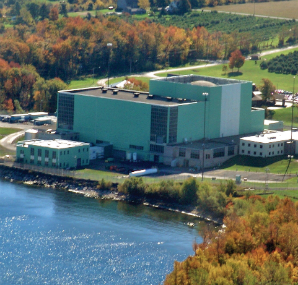 French utility EDF is exercising the put option to sell its 49.99% stake in Constellation Energy Nuclear Group, which own the R.E. Ginna, Nine Mile Point and Calvert Cliffs nuclear plants.

Exelon Generation holds a majority 50.01% stake in the five reactors (4041MW) in New York and Maryland, and operates them under a 2014 agrement with EDF. Exelon took title to the five reactors in April 2014 following $7.9bn merger with Constellation Energy in 2012.

EDF, which purchased the stake in CENG for $4.5 billion in 2008, notified Exelon of the exercise of its put option on 49.99% of the membership interests of CENG.

The put option can be exercised from 1 January 2016 until 30 June 2022, EDF said, adding that the transaction price will be based on the fair market value of CENG shares. If EDF and Exelon cannot agree on a price, the price will be set through a third-party arbitration process to determine fair market value, Exelon said in a statement.

Exelon added that its purchase of EDF’s ownership interest will have no impact on plant operations or employees.