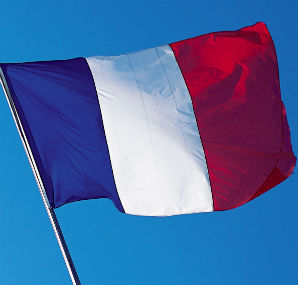 French nuclear operator Electricite de France (EDF) has agreed to buy a majority stake in nuclear group Areva's reactor business subsidiary, Areva NP. EDF said it had signed a memorandum of understanding (MOU) with Areva specifying that it will take "majority control" of Areva NP of "at least 51%" with a maximum stake of 25% held by Areva and the potential participation of minority partners.

Last month the French government had ordered the Areva to work towards a new "global strategic partnership" with EDF after Areva suffered record losses in 2014. France owns 87% of Areva and 84% of EDF. Areva posted a record €4.8bn loss last year as it took new charges for cost overruns at nuclear power projects in France and Finland, and separate renewable energy projects. It also had to write down assets in face of falling demand for nuclear fuel and services in countries including Japan and Germany in the wake of the 2011Fukushima accident. Standard and Poor's cut Areva's credit rating to non-investment grade in 2014.

Areva's figures for the first half of this year showed operating income of €7m, a €219m increase year on year. Earnings before interest, taxes, depreciation and amortization were €306m, an increase of €63m. Areva group CEO Philippe Knoche said the target for 2017 was "to transform Areva into a competitive company re-focused on its core business, the nuclear fuel cycle, where it has unique human and industrial capital in the world."

Areva also announced that Bernard Fontana will join the company on 1 September as president and CEO of Areva NP. Fontana was CEO of Swiss-tabased Holcim Ltd until the firm's recent merger with Lafarge. He previously held various positions in the defence and steel industries.

According to the MOU, EDF, Areva NP and their subsidiaries will be completely immunised against any risks related to the Olkiluoto-3 EPR project in Finland and there will be "no transfer of liability" related to the project. In March Areva cited asset write-downs and provisions against losses at the Olkiluoto-3 project, which is behind schedule and over budget, as a reason for the 2014 record net loss. Risks cited in the MOU include Areva's pending arbitration claim against Finland's Teollisuuden Voima Oyj (TVO) for the Olkiluoto-3 project of €3.5 bn, while TVO has a pending counter-claim against Areva for €2.3 bn.

EDF and Areva intend to set up a new company to optimise the design and management of new reactor projects worldwide. The new company will be 80% owned by EDF and 20% by Areva.

As part of its plan to cut spending and improve its liquidity and capital, Areva will sell a further €400m of assets, and will begin the process for selling its US-based specialist nuclear measurement systems and instrumentation subsidiary, Canberra. Discussions will begin on cutting 5000 to 6000 jobs across the Areva group, including 3000 to 4000 jobs in France by the end of 2017.

French Economy Minister Emmanuel Macron said earlier this month that the government will consider recapitalization of Areva from September provided the company has a viable business plan. However, Bloomberg notes that any rescue will probably will be scrutinized by Europe's competition body.

The sale of the nuclear reactor unit to EDF signals the end of Areva's full-service model, which offered clients all aspects of development from conception and construction to fuel procurement and waste treatment. Areva will continue to enrich uranium and offer logistics and dismantling services to nuclear facilities, and will have about €4bn in revenue following the deal with EDF, about half the size of the current group. EDF president Jean-Bernard Levy said other potential industrial partners had been contacted about buying minority stakes in Areva.

As for EDF, the company reported stable first-half profit following the deal announcement. Net income remained at around €2.5bn. The first-half 2015 net was cut by €348m due to a July European Commission tax decision. EDF was ordered to repay €1.37bn to French authorities on a ruling from the European Union's competition regulator relating to corporate tax loopholes.

EDF maintained its 2015 financial and nuclear production targets. EDF earnings before interest, taxes, depreciation and amortization rose 3.6% to €9.15bn, reflecting an increase in French power tariffs. Investment in the first half rose 14% to €6.4bn, with most of the growth in the UK and Italy and most of the spending on the French reactor fleet.