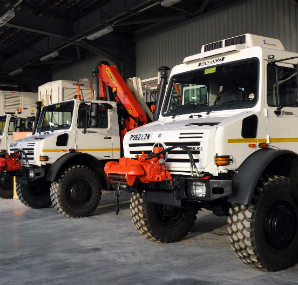 EDF Energy has inaugurated a new Emergency Response Centre near the Sizewell B nuclear power station, although it will not become fully operational until March 2014. At that point, the UK utility will complete a three-year programme of work following the events at Fukushima.

EDF Energy initiated a £180m plan to meet these recommendations at its eight nuclear power stations. This has included additional training for key technical staff, enhancements to backup equipment for cooling systems, and emergency command and control facilities. This work is being delivered within the time agreed with the regulator and on budget.

The Emergency Response Centre near Sizewell B will provide robust back-up for the multiple safety systems already in place at the station. It contains back-up plant and control systems to enable operators to control the station remotely if necessary, as well as emergency equipment, high pressure pumps and vehicles that could be rapidly deployed in the case of an extreme event.

He said: "We committed as a company to respond to Fukushima in the right way and do whatever was required to ensure the continued safety and resilience of our nuclear power stations.

As the only Pressurised Water Reactor operating in the UK, Sizewell B has a dedicated ERC in response to a recommendation of the Office for Nuclear Regulation to further enhance safety margins. EDF Energy has created three regional facilities to service its six AGR-based nuclear power stations.

Stuart Crooks, chief technical officer for EDF Energy's existing nuclear business said: "We have considered events with a probability of 1 in 10,000 years. With off-site back-up equipment we have multiple layers of defence for our power stations and resilience in depth."