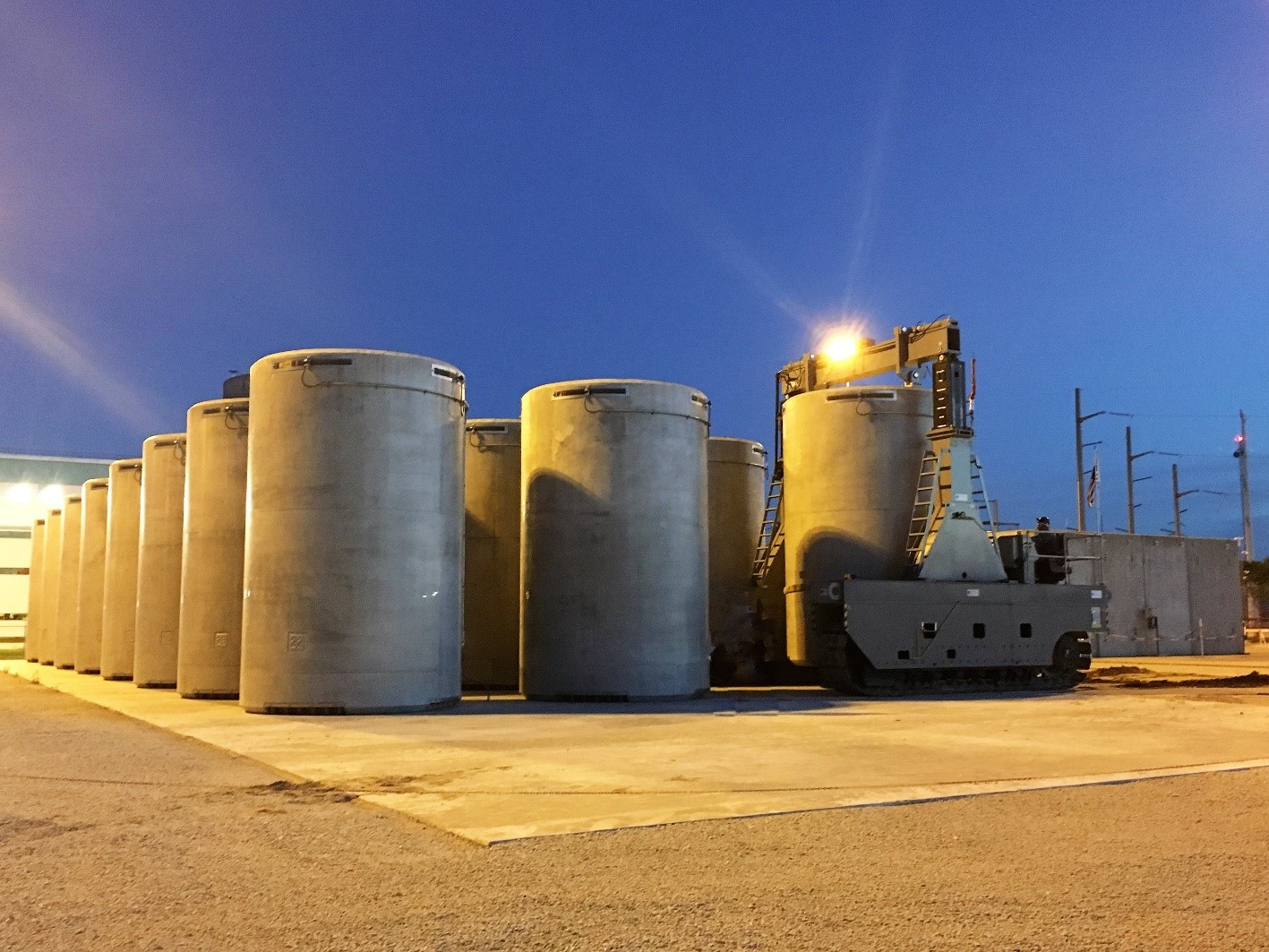 NAC International has completed a dry fuel storage campaign at Dominion Energy's Kewaunee NPP in the USA four years after the unit was shut down in May 2013 after almost 40 years of operation. NAC said on 10 July that completing the project 3.5 years after contract execution sets a new benchmark for the complete transfer of all used fuel to dry storage after shutdown.

The work involved the packaging of 887 assemblies of used fuel remaining at the plant into the Magnastor casks. The final Magnsator cask was placed on the ISFI on 15 June. A licensed loading pattern allowed an accelerated loading schedule, with used fuel cooling of 2.5 years. Pool-to-pad loading services were completed in 23 weeks, with loading durations averaging 3.2 days per cask system.

The fuel inventory from almost 40 years of operation at Kewaunee is now stored in 24 Magnastor systems and 14 legacy NUHOMS®  systems, supplied by Areva.

Kewaunee, a 574MWe pressurised water reactor, started operating in 1974. The unit was sold to Dominion by Wisconsin Public Service and Wisconsin Power & Light in July 2005 for $220m in cash, including $36.5m for fuel. Dominion put the unit up for sale in 2011 after a change in strategy, but no buyer came forward, although the plant had a 20-year operating licence to 2033. Kewaunee was retired in May 2013. According to the NRC, major decommissioning and dismantling activities are scheduled to begin at Kewaunee in 2069, with licence termination set for 2073.