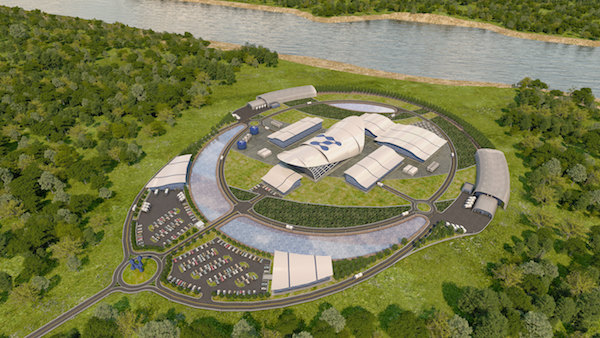 The award is for the development and construction of a 720MWe NuScale power plant to be located at DOE’s Idaho National Laboratory site, and will serve as a funding vehicle to advance the CFPP as funds are appropriated by Congress, UAMPS said. The CFPP will be the first NuScale small modular reactor (SMR) project in the USA.

The award will fund the one-time costs for the first-of-a-kind project, as funds are appropriated by Congress, to reflect what second and subsequent NuScale plants would cost. This will help ensure that the levelised cost of energy target price of $55MWh can be achieved at a level of risk UAMPS can manage. That price makes the CFPP competitive with other non-intermittent dispatchable energy sources such as combined cycle natural gas plants, but without greenhouse gas emissions. It will ensure long-term affordable energy to UAMPS member participants while avoiding exposure to greenhouse regulation and compliance costs.

DOE said the award also demonstrates its commitment to accelerate the decarbonisation of electrical generation nationwide and globally, and to support stable, carbon-free electrical supply to complement intermittent renewable energy. The project will help maintain US leadership in nuclear innovation and development.

DOE Assistant Secretary Dr Rita Baranwal said the agreement for the CFPP “is a big step forward in helping to lower the risk of first-of-a-kind advanced nuclear technologies like NuScale Power. Global leadership starts at home and this project will be instrumental in the deployment of SMRs around the world”.

“We appreciate this tremendous vote of confidence in CFPP by the Department of Energy,” said Douglas Hunter, UAMPS CEO & General Manager. “It is entirely appropriate for DOE to help de-risk this first-of-a-kind, next-generation nuclear project. This is a great example of a partnership with DOE to lower the cost of introduction of transformative advanced nuclear technology that will provide affordable, carbon-free electricity all over the country and the world. This project is much bigger than UAMPS itself.”

“The ideal world for utility companies and their customers, and the most cost-effective,” said Hunter, “are portfolios containing a high percentage of low-cost renewables, backed up by stable, carbon-free nuclear energy that is available 24 hours a day, 365 days a year.”

The 12 small modular reactors in the project will provide the flexibility to ramp up and down as needed to follow load and complement intermittent renewable supply. Energy from the project will replace electric generation from coal plants that are nearing the end of their life cycles. The CFPP, combined with UAMPS renewable projects, will enable many members to completely decarbonise their energy portfolios.

Electricity from the plant will be distributed to customers of 33 UAMPS member utilities in five states. Other western utilities are expected to join the project in the future. UAMPS, established in 1980 as a project-based consortium, provides a variety of power supply, transmission, and other services to its 47 members, which include public power utilities in six western states: Utah, California, Idaho, Nevada, New Mexico, and Wyoming.