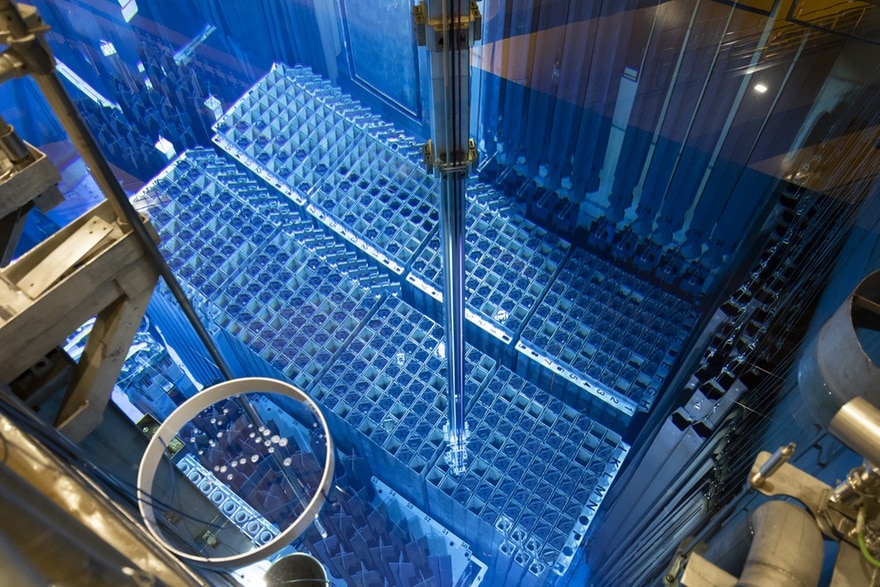 The dismantling of Switzerland’s Mühleberg NPP is making good progress, plant operator BKW/FMB has said. BKW/FMB said 102 of the 418 nuclear fuel rods had already been transported to the Zwilag interim storage facility in Würenlingen in northern Switzerland where they were reloaded into two Castor storage casks. The remaining 310-plus elements will be taken to the storage site by 2024. A further 66 trips are necessary to remove all the fuel elements BKW said. These use normal trucks, said Stefan Klute, head of decommissioning and disposal. The dates of the transports are not disclosed for security reasons.

Mühleberg NPP is a single 373MWe boiling water reactor, which began operations in 1972 and was shut down in December 2019. Although dismantling operations began almost immediately, it has only been considered permanently out of service since September 2020 when its operating licence was replaced by a decommissioning order.

By spring 2024 the amount of radioactivity in the plant will have decreased exponentially with removal of the fuel, BKW noted. Defuelling is the most important milestone in the entire decommissioning project and a prerequisite for the second decommissioning phase, scheduled to start in 2024. The relevant application was submitted to the nuclear supervisory authority, Ensi, at the end of June and BKW expects approval within a year. All remaining plant parts and building structures that have come into contact with radioactivity will then be dismantled, treated and cleaned.

The costly dismantling of the plant has long been underway. There are still many complex challenges ahead, explained Klute. These included discovery of asbestos that required unplanned clean-up work. That's not surprising for a building from the 1960s, he noted, adding that it is possible that other asbestos-containing materials may be discovered.

Around 290 employees are working on site for the dismantling including many experienced, long-term employees a third of whom will reach retirement age towards the work is completed. The second phase will end when all radioactivity has been removed from the facility and site. The conventional dismantling can then begin.

From 2034, the site should be available for new use. Industrial activity is possible but other ideas are also being discussed, such as an outdoor pool.

The Mühleberg plant, west of the capital Bern, is the first of five Swiss nuclear power reactors to be decommissioned. BKW/FMB said it wanted to cease operations at the plant for commercial reasons. Following the Fukushima accident in Japan, the Swiss government in 2011 decided to phase out nuclear energy production. Parliament approved the government’s energy strategy but no deadline has been set to shut down the remaining stations. Five years after the authorities took this decision, Swiss voters rejected a proposal by the Green Party to close down NPPs after 45 years in operation.

Image: So far, more than 100 of the nuclear fuel elements have been taken from the Mühleberg power plant to a temporary storage site (image courtesy of Keystone/Peter Klaunzer)