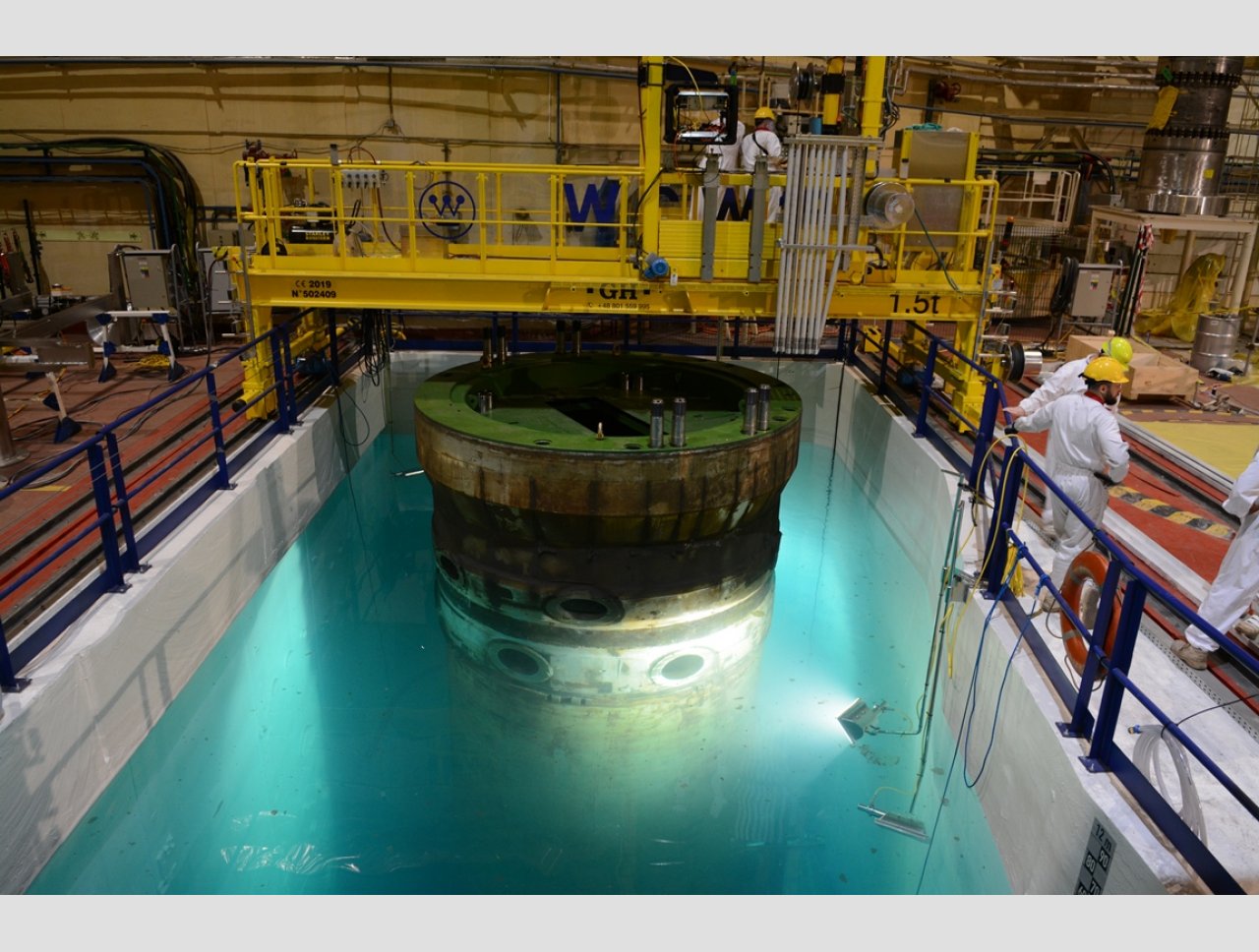 Slovak company JAVYS has announced another important milestone had been reached  in the decommissioning of the Bohunice V1 NPP with the segmentation of the unit 1 reactor pressure vessel (RPV) with a total weight of 205 tons.

Segmentation took 14 months. The RPV sections were transported to several nuclear facilities operated by JAVYS. Some of the fragments, comprising intermediate-level waste, was placed in eight shielded containers and transported to the Interim Storage of Radioactive Waste (IS RAW) in Jaslovské Bohunice for long-term storage. The remaining parts, comprising low-level waste was transported in special baskets for active grouting used in the fibre-concrete containers (FCC) to the Final Treatment of Liquid Radioactive Waste facility in Mochovce. From there they will go to the National Radwaste Repository (NRR) in Mochovce for disposal.

The RPV had been removed from its operational position and placed in a specially created pool in June 2020. The segmentation process then took place underwater, Javys said. A bandsaw rig was used to progressively cut the pressure vessel into segments. Bohunice V1, a 408MWe VVER unit operated from 1980 to 2006.

Meanwhile, the Slovak Nuclear Energy Company (JESS) plans to build a solar power plant at the Jaslovské Bohunice site pending approvals for the construction of new nuclear units. JESS has already submitted an investment plan for environmental impact assessment (EIA) to state authorities.  The Bohunice photovoltaic power plant will have a capacity of 48MW and investment in the construction of the solar park is estimated at €60 million.

"We look at the location of the nuclear energy that we have. We are already preparing renewable energy projects. In cooperation with the Czech company CEZ, we plan, for example, to build a solar park in Jaslovské Bohunice," Pavol Štuller, Chairman of the Board of Directors of JAVYS, told SITA. JAVYS currently controls a 51% stake in JESS with the remaining shares held CEZ.

They plan to build a new solar power plant next to the decommissioned A1 and V1 nuclear units on an area of ??about one million square metres. "Photovoltaic power plant Bohunice phase I. will be located within the brownfield area and phase II in areas designated for the construction of a new nuclear power plant pending the beginning of construction,"   Štuller noted. The aim is to start the construction of the first phase at the end of 2022 for completion a year later. The second phase of the solar park should start in early 2024 for completion at the end of 2025.

RPV segmentation has been completed at Bohunice (Photo credit: JAVYS)