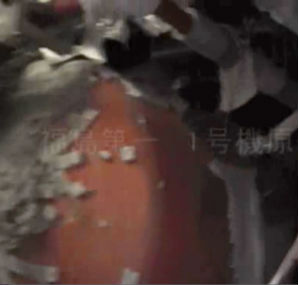 An interim report by the Japanese regulator about the Fukushima Daiichi nuclear power plant disaster concludes that plant safety systems were damaged by the tsunami, not the earthquake.

The distinction is important because critics have argued that the plant was damaged because it was unable to withstand a strong earthquake, which is relatively common on the volcanic islands.

Kyodo News said that separate investigations by TEPCO, the government, the legislature (Diet) and the private sector differ in some parts.

The NRA investigated seven points in particular that were also investigated by the Diet, according to a translated version of slides from a presentation based on the NRA report:

A report in the Ashai Shimbun newspaper said that for example with regard to unit 1, which was perhaps most damaged in the accident, of key importance was the lack of successful operation of the isolation condensers, which should have cooled its containment in an emergency.

It said that workers reported water leaks on the unit 1 fourth floor before the tsunami hit, suggesting that the ICs might have been damaged by the earthquake. However, the NRA argued that this water had sloshed out of the spent fuel pool.

As regards offsite emergency power sources, data from TEPCO suggested that they were also lost because of the tsunami.

The white smoke came from the unit 3 reactor, not the spent fuel pool, and that there was no possibility of spent fuel pool criticality, according to the translated NRA slides.

The explosion at unit 4 was probably caused by hydrogen gas generated by unit 3 containment venting and inadvertently sucked into the unit 4 ventilation system. First, it said that TEPCO's hypothesis that gas from unit 3 flowed to unit 4 was 'reasonable', second said that the unit 4 explosions would have required at least 400kg of hydrogen, and third that the amount of hydrogen generated by the spent fuel pool could not have been the main source of hydrogen for the explosion.

According to the Asahi Shimbun the NRA will interview members of the Diet's Fukushima Nuclear Accident Independent Investigation Commission, and then release a final report. It did a site investigation in March 2013.

It also said that the IAEA is due to release a report on the accident at the end of the year.

Independent of these two reports, in November European publisher Springer is releasng the final report of the Atomic Energy Society of Japan on the Fukushima Daiichi nuclear accident.

Picture: A view of the unit 1 isolation condensers from A TEPCO Fukushima Daiichi investigation video