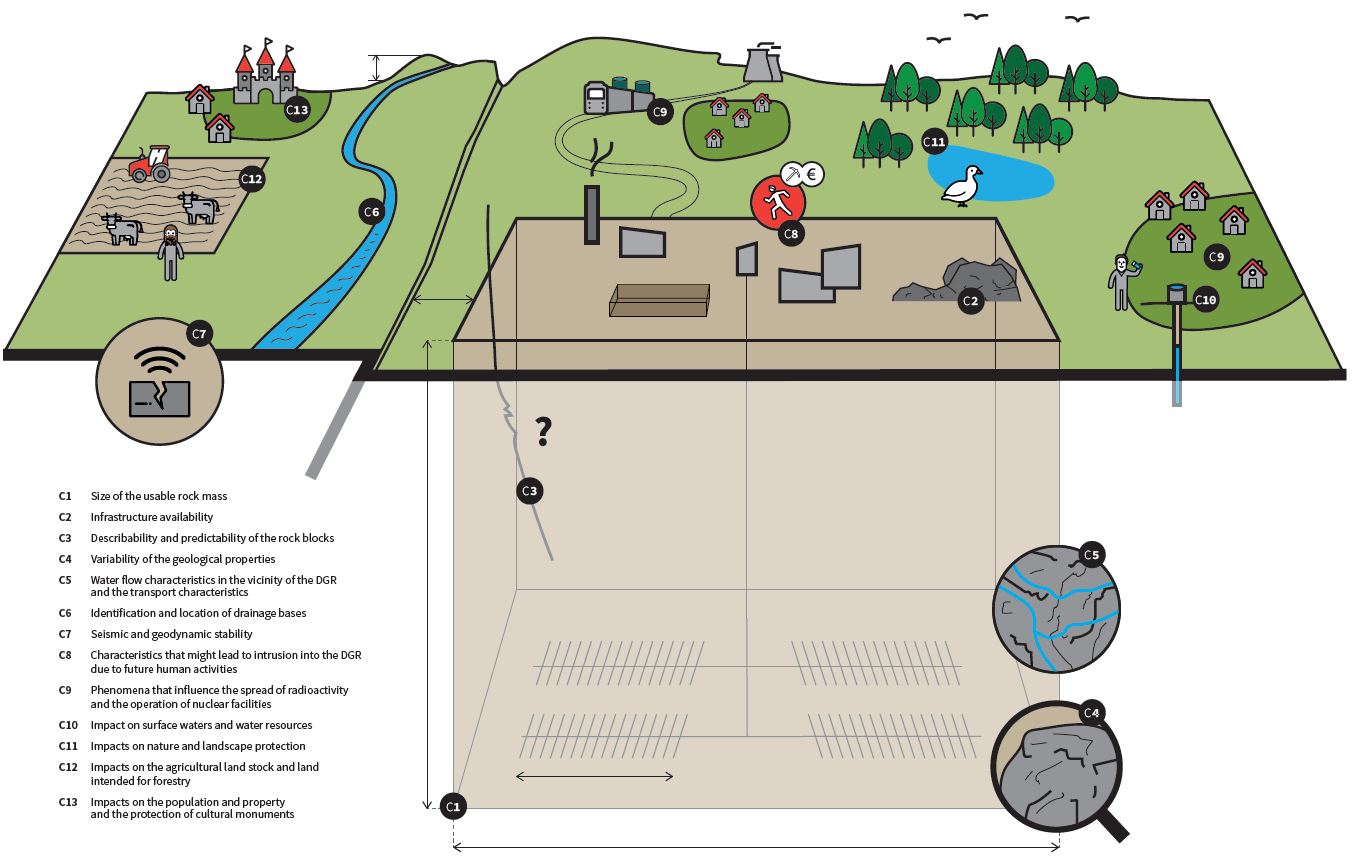 Czech Minister of Industry & Trade Jozef Síkela has said the site of the planned deep nuclear waste repository should be decided by the government and parliament. The process of site selection envisages the involvement of municipalities, including the establishment of a working group that will communicate with the affected municipalities on a regular basis. The law detailing these procedures was presented at a government meeting by Síkel, together with modified plans for preparation of the repository, which is intended for the storage of used fuel from the Temelin and Dukovany NPPs.

In 2020, the government shortlisted four possible sites (from nine) for the repository - Hrádek and Horka (both in the central region); Brezový potok, (in the south west); and Janoch near the Temelín NPP. “The deep repository project, like the safe radioactive waste management system, is an integral part of the operation of existing and planned nuclear sources,” said Sikela, adding: "The Act on Management Related to a Deep Repository will extend the rights of municipalities as well as deadlines for strengthening the quality control of the process. The bill will strengthen the legitimacy of the choice of the site of the deep repository.” Deputy Minister for Nuclear Energy Tomáš Ehler said the bill “will increase the transparency of the entire site selection process for the location and construction of a deep repository”.

The package of materials for the government meeting also included a government resolution committing the Czech Republic to meeting the technical criteria set by the EU Taxonomy for sustainable investments in the field of nuclear energy such as the launch of a deep repository by 2050. Previously the date set for operation of the repository was 2065.

"The Czech Republic will strive to continuously meet the taxonomy criteria for the construction of a deep repository in 2050 in order to strengthen energy security and self-sufficiency by increasing the share of nuclear energy in decarbonisation, if they continue to apply after regular reviews by the European Commission,” Sikela said. However, he added: “We are talking about revising the [EU] deadline so that the criteria are closer to the needs of the member states, including the Czechia,” noting that this position was shared several other countries such as the Netherlands, Poland and Slovakia.

A third set of materials considered at the government meeting related to the Plan of Activities of the Radioactive Waste Repositories Administration (SÚRAO - Správa úložišt radioaktivních odpadu) including strengthening the professional capacity of the organisation to meet the acceleration of the process in accordance with the EU Taxonomy. Newly appointed SÚRAO Director Lukáš Vondrovic said SÚRAO expected to submit applications for the establishment of exploratory areas for special intervention in the earth's crust in the coming weeks. It would also start monitoring and other geological research work on the sites.

Under the revised timetable the final site for deep storage should be selected by the end of the 1930s. The final location would then be further confirmed by underground exploration work followed by application for a construction permit.

In December, Sikela had discussed the planned bill with representatives of the affected municipalities and regions. Also participating in the discussions were SÚRAO’s Vondrovic, the Chairwoman of the State Office for Nuclear Safety, Dana Drábová, and Deputy Minister Ehler. Some of the mayors of the affected municipalities had expressed doubts about the new bill. “I would like to refute speculation that we would in any way prevent municipalities from entering individual administrative processes according to their rights. On the contrary, the bill on deep storage extends the rights and opportunities to express their views,” Ehler stressed.

Image: Plan of how a site might be laid out (courtesy of Czech Ministry of Industry & Trade)