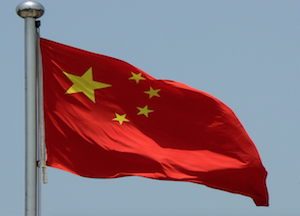 At a side event organised by China National Nuclear Corporation and the China Atomic Energy Authority at the International Atomic Energy Agency’s (IAEA’s) conference on Climate Change and the Role of Nuclear Power, the role of innovative technologies was highlighted, along with China’s rapid expansion of nuclear power plants.

China leads the way in installed capacity, with 48 reactors in operation and nine under construction, according to the IAEA’s Power Reactor Information System (PRIS). It has included nuclear power along with renewable energy sources in its nationally determined contribution (NDC) towards achieving the goals to limit global warming under the 2016 Paris Agreement. China is scaling up its low carbon energy capacity through various sources including solar, wind and hydroelectric, with plans to have at least 53 GWe of installed nuclear power capacity by 2020.

“The Chinese government is committed to reducing the carbon dioxide emissions per unit of GDP by 60-65% compared with 2005 levels by 2030,” said China Atomic Energy Authority (CAEA) Chairman Kejian Zhang. “In 2018, China’s nuclear power generation amounted to 286.5TWh, accounting for 15.83% of China’s non-fossil energy generation.” This is equivalent to avoiding the combustion of 88.24 million tonnes of standard coal and the emission of 230 million tonnes of carbon dioxide, 750 000 tonnes of sulphur dioxide and 650 000 tonnes of nitrogen oxides, he added.

Nuclear power currently provides about 4% of China’s electricity. However, as part of China’s plans to generate 20% of its electricity from non-fossil sources by 2030, its share is expected to rise to as much as 10% over the next decade. In addition to scaling up its nuclear power capacity, China is developing new reactor technologies and exploring the potential for increased use of non-electric applications of nuclear power, including district heating and seawater desalination.

One such technology is the  HTR-PM, a high-temperature gas-cooled reactor (HTGR), which is cooled by helium and can reach temperatures of up to 750 degrees Celsius. “The HTGR demonstration project with fourth-generation technology has made steady progress, and this reactor will be capable of hydrolytic hydrogen production and high-temperature process heat,” said Zhang. “We have also recently completed the preliminary design of a pool-type, low-temperature heat reactor, the DHR-400, which may be used for district heating.” Work on a small modular reactor (SMR) design, the ACP-100, is also well underway, he added. SMRs are much smaller and more flexible than traditional nuclear reactors and could be deployed in remote regions with more modest needs for electricity.