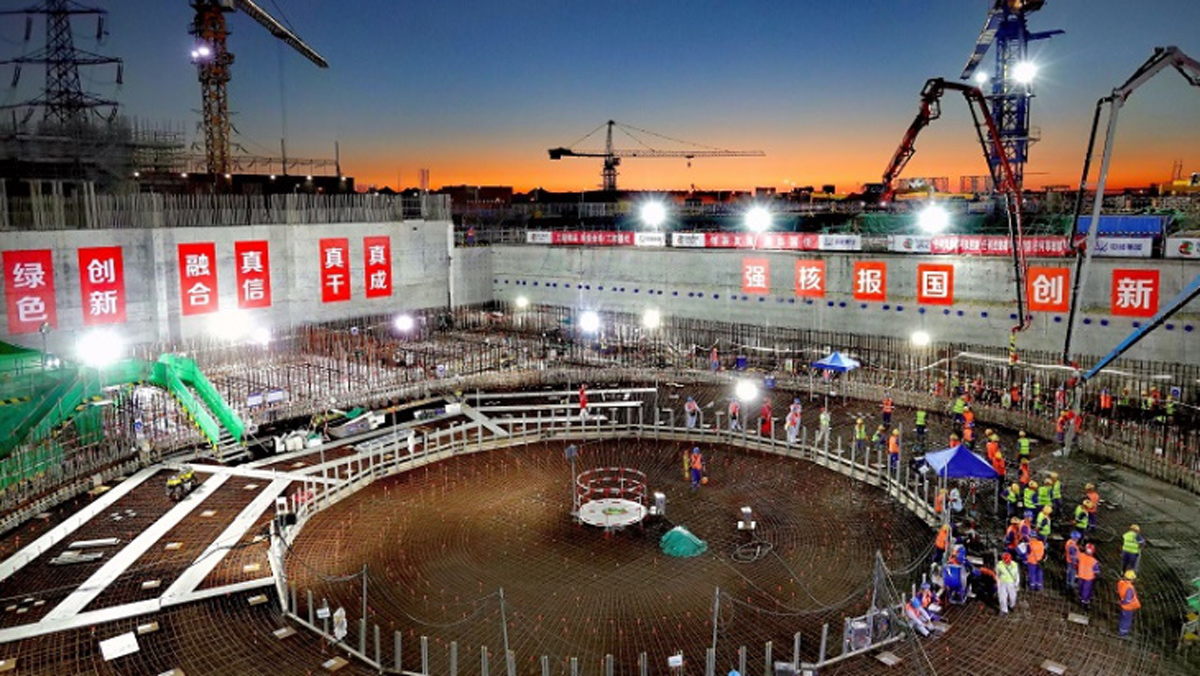 First concrete has been poured for unit 3 of the Haiyang NPP in China’s Shandong province, according to the Shanghai Nuclear Engineering Research and Design Institute (SNERDI). This marks the official start of construction on the first of two CAP1000 reactors planned as the second phase at of the plant.

Construction of the foundation slab of the nuclear island for Haiyang 3 was completed on 9 July, SNERDI said, adding, "It took 53 hours, and a total of 5488 cubic meters of concrete."

The State Council of China in April approved construction of two new CAP1000 power units each at three NPPs - Sanmen (units 3&4), Haiyan (3&4) and Lufeng (5&6). Two Westinghouse AP1000 units are already in operation at Sanmen and Haiyang stations, and two CAP1000 units, the Chinese version of the AP1000, have been approved for the second phase of each station. First concrete was poured for the nuclear island of Sanmen 3 in June.

Haiyang units 1&2 began commercial operation in 2018 and 2019, and supply about 20TWh of electricity a year to the grid, enough to meet a third of domestic demand in Shandong Province. In September 2020, plant owner Shandong Nuclear Power Company, a subsidiary of the State Energy Investment Corporation (SPIC), in cooperation with the local company Fengyuan Thermal Power, began trial operation of the entire heating network using steam from the two AP1000 reactors and in the following November the system went into commercial operation. The system takes non-radioactive steam from the secondary circuit of Haiyang 1&2. This is first fed to a heat exchange station on site and then to an off-site heat exchange station owned by Fengyuan Thermal Power, which distributes heated water through city heating pipes to consumers.

SPIC also announced the launch of a 900MW inter-regional long-range nuclear heat supply project at Haiyang NPP, which will be "the world's largest extraction steam heating project”. This will involve construction of about 120 kilometres of a heat transfer pipe network to supply heating to 1 million people in the Jiaodong Peninsula. The project is scheduled to be completed and put into operation in 2023.

"After the construction of subsequent projects, the final thermal capacity of Haiyang NPP will reach 200 million square metres, which will be a new demonstration of large-scale, long-range and inter-regional carbon-free heating based on China's nuclear power plants and help reduce China's carbon dioxide emissions," SPIC noted.