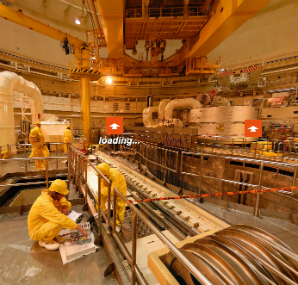 "Since 2009, when the public tender was launched, until today, [the] electricity sector in Europe has evolved turbulently," said CEZ chief executive officer Daniel Beneš. "While originally the project was fully economically feasible given the market price of electricity and other factors, today all investments into power plants, which revenues depend on sales of electricity in the free market, are threatened."

He added: "It does not mean that we have stopped nuclear power plant construction in the Czech Republic. The risk that within 20 years we will not be able to cover consumption of our country is still acute. However our plans will have to be adjusted to changes currently being prepared in Brussels. Apparently, in the future it will be necessary to cooperate closely with the state in order to secure further development of nuclear energy."

CEZ said that the decision was preceded by communication with the Czech government, which, given continued discussion about future of electricity sector in the EU, does not currently plan to provide guarantees or the stabilisation mechanism for construction of low-emission power plants. At the same time it declared its interest in further development of nuclear energy in the Czech Republic and it intends to prepare a plan by the end of the year.

NucNet reported that Benes said that the current geopolitical crises in eastern Europe had 'no impact' on the decision.