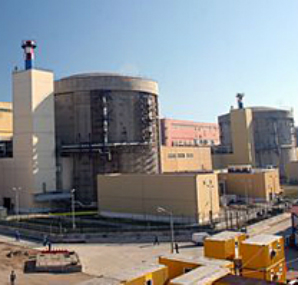 SNC Lavalin subsidiary Candu Energy has signed a 'binding and exclusive' contract with China Nuclear Power Engineering Company, Ltd. (CNPEC) for the construction of CANDU Units 3 and 4 at the Cernavoda Nuclear Power Plant in Romania in Vancouver. The agreement was witnessed by senior representatives of China's National Energy Administration and Natural Resources Canada.

Romania already has two operating CANDU 6 nuclear reactors, which came into service in 1996 and 2007. Combined, they are the largest power producer in the country, accounting for about 20 per cent of Romania's energy supply.

Plans for two more Candu 6 reactors at Cernavoda have been discussed for some time, but financial investment has been hard to find.

CNPEC is a subsidiary of China Nuclear Engineering Group Corporation, which completed construction of Chashma I and II nuclear power plants in Pakistan, and has also undertaken nuclear island construction in mainland China.

Candu Energy said that it is pursuing other international new-build opportunities in the United Kingdom and China, among other markets.

According to SNC-Lavalin, under the agreement it will work with CNNC to develop reactors using Advanced Fuel CANDU (AFCR) technology in China. Developed by Candu Energy, AFCR technology uses both recycled uranium- and thorium-based fuels to deliver high-performing reactors with strong environmental benefits. The MOU also provides a framework for collaboration between SNC-Lavalin and CNNC on uranium mining projects in China, and the pursuit of international project opportunities in various high-growth sectors and markets.