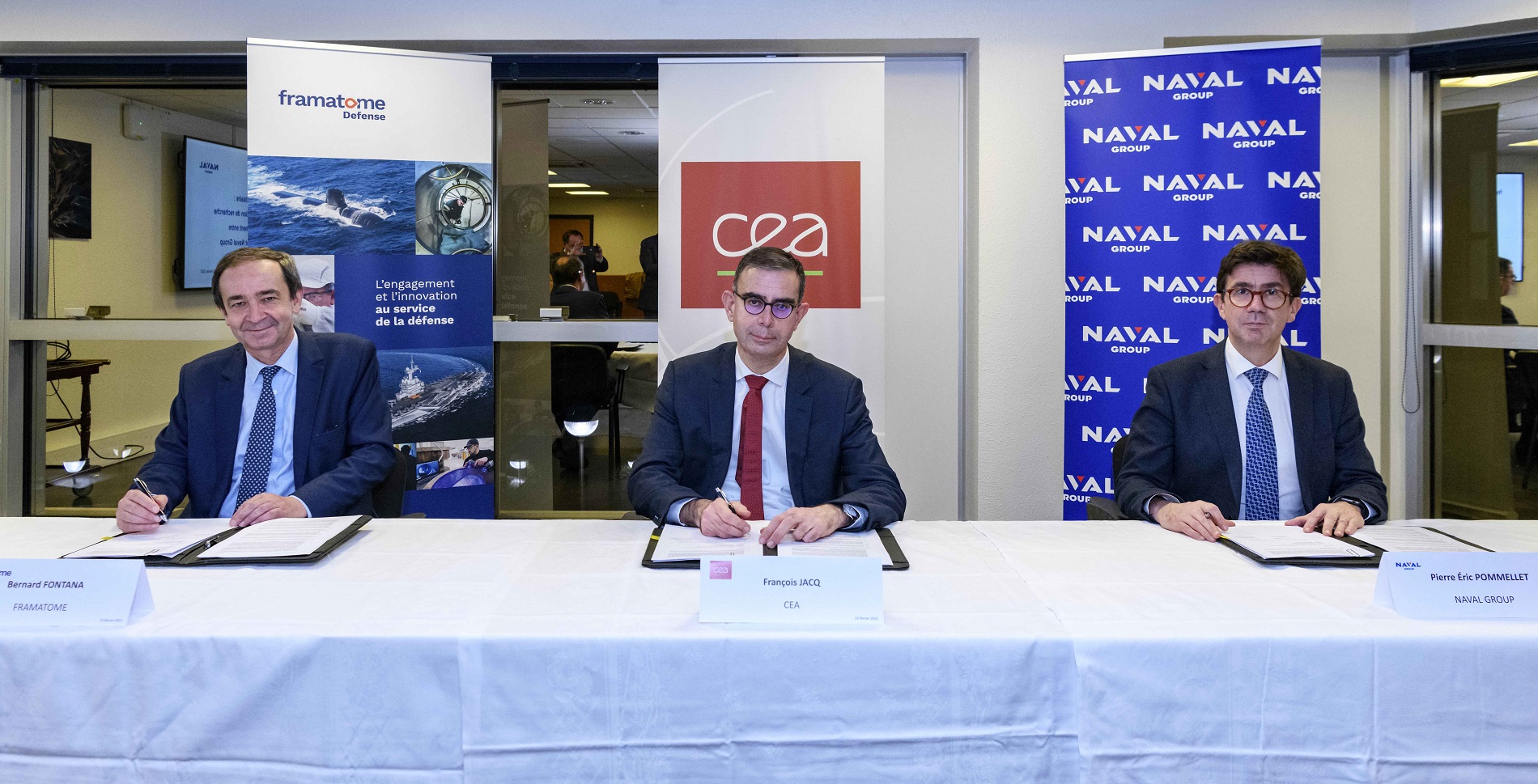 The objective is to better control the cycle, from design to production, of steel blanks. The framework agreement contributes to the sustainability and development of skills essential to the success of nuclear defence programmes.

The three partners will bring the best of their knowledge and know-how to increase the mastery of future drafts of large components and to perpetuate the know-how specific to nuclear propulsion, CEA said.

The framework agreement was signed by François Jacq, General Administrator of the CEA, Bernard Fontana, Chairman of the Management Board of Framatome and Pierre Éric Pommellet, Chairman and CEO of Naval Group.