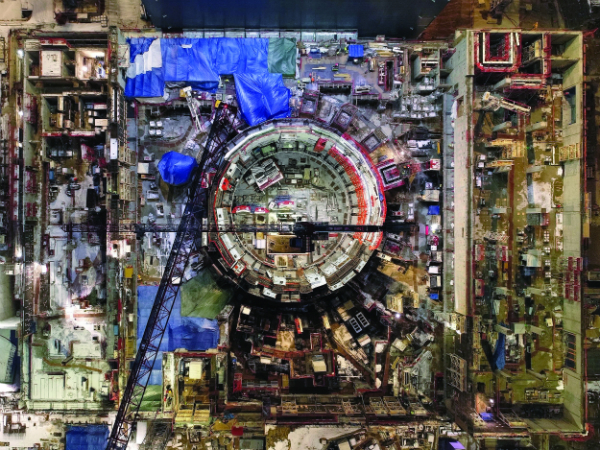 Canada’s Minister of International Trade, François-Philippe Champagne, on 17 April signed a memorandum of understanding (MOU) with the International Thermonuclear Experimental Reactor (Iter) on possible Canadian participation in construct the fusion reactor now being built at Cadarache in France.

The MOU followed talks in Paris with Iter Director General Bernard Bigot and Ron Oberth, President of the Organisation of Canadian Nuclear Industries. It will allow for the identification of specific areas of technical cooperation for Canadian institutions and corporations in the nuclear sector, with a focus on opening business opportunities for Canadian exporters to make their expertise and technologies available to the ITER Project.

The discussions considered the potential of hydrogen fusion technology and looked at possible areas of interest shared by Canadian institutions and corporations and the Iter project. “This MOU will launch a process to ensure that Canadian suppliers can export technologies and expertise on a commercial basis in support of the ITER project, which, in turn, will contribute to well-paying middle-class jobs and more sustainable energy in the future,” said  Champagne. Canada’s Minister of Natural Resources, Jim Carr, noted: that the arrangement "will ensure that Canadian suppliers are positioned to support the ITER Project on a commercial basis, helping to advance clean, non-emitting energy for the future.”

Iter is a major international project to build a 500MW tokamak  designed to prove the feasibility of fusion as a large-scale and carbon-free source of energy. Construction began in 2010. Currently, the European Union contributes almost half of the project cost with the other six members (China, India, Japan, South Korea, Russia and the USA providing equally the rest. Construction costs are expected to be around €20bn ($25bn), with components contributed by the Iter members on an 'in-kind' basis. Specialised components are being manufactured in industrial facilities all over the world before being shipped to the Iter site, where they are assembled into the final machine.

The Canadian government noted, "Canada is not currently a member of Iter as it does not contribute financially to the project. However, given Canada's history and expertise in nuclear-fusion-enabling technologies, the MoU between Canada and Iter will help identify the precise domains in which Canadian suppliers could export expertise and technologies on a commercial basis to the Iter Project."

Canada was a partner in the Iter project until 2004, and in 2001 the Canadian government offered to host the reactor. The proposed site was next to the Darlington Nuclear Power complex on the shore of Lake Ontario. The benefits of locating Iter within Canada included the availability of abundant real estate near a significant workforce market, an existing service, electrical, and waste-management infrastructure on an existing licensed nuclear site, and a plentiful supply of fuel on-site - obviating the requirement to transport tritium. These advantages would have resulted in significant projected cost savings if Iter had been sited in Canada. However, in 2004 Canada withdrew after an escalation of the other siting bids left Canada in a significantly "non-competitive" position, and unable to improve its offer without sufficient government support. Canada's bid had been co-ordinated by Iter Canada, a consortium of the private sector, labour, and government organisations.

Now it seems Canada is reconsidering its position on Iter. The government noted that tritium, a by-product of the operation of Candu pressurised heavy water reactors, is also "an essential part of the fuel that will be required for the Iter project" and that “Canada has a long history of expertise in the technology and handling of tritium”. Under a revised schedule established by the Iter organisation in 2016, the first plasma is now planned for 2025, with deuterium-tritium fusion experiments starting in 2035.