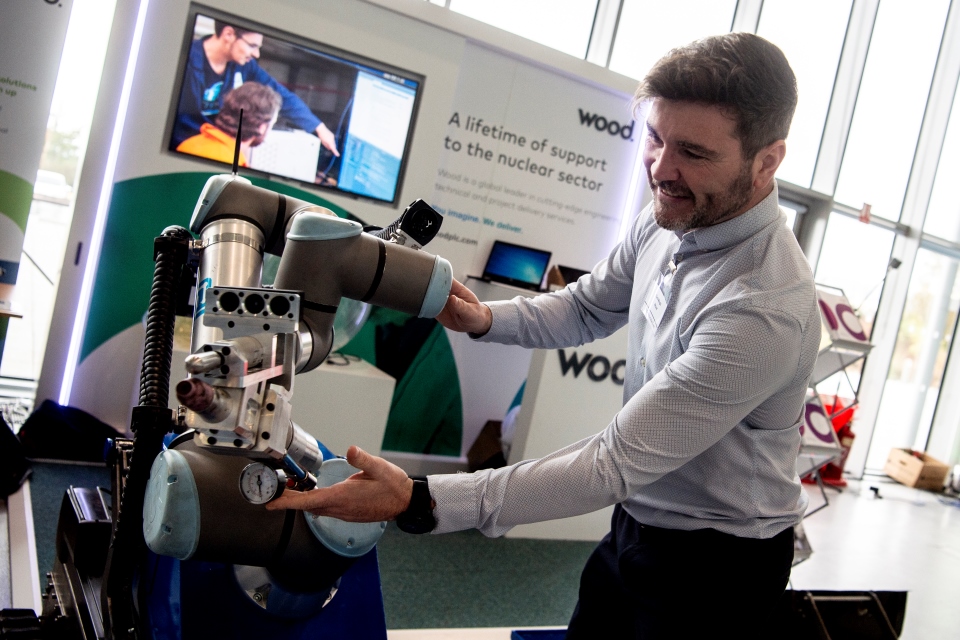 Two consortia, led by Barrnon and Wood, have reached the next round of an innovation competition that could help decommission radioactive facilities at Sellafield, the UK Nuclear Decommissioning Authority (NDA) has revealed. The projects were among five collaborative consortia, comprising almost 30 organisations, which have developed projects over the past two years.

The £8.5 million ($11m) Integrated Innovation in Nuclear Decommissioning competition, launched in 2017, was funded by the NDA, Innovate UK, and the UK Department for Business, Energy and Industrial Strategy. The first stage of the competition identified 15 submissions with potential. Five of these were shortlisted and each received up to £1.5 million to build prototype demonstrators for testing in a simulated radioactive environment.

After testing integrated working models in a realistic non-radioactive environment, the projects will now progress to demonstrating their solutions in an active facility on the Sellafield site. The new systems could help to decommission Sellafield cells that were used to reprocess used nuclear fuel over many decades. Because of high radiation levels, all clean-up operations must be carried out using remotely operated equipment.

The challenge was to gain access to spaces that have been sealed for several years to establish the nature of the contents, accurately measure radioactivity levels, and deploy robotic equipment to cut up large items; segregate the waste and retrieve it for safe storage. The winning projects demonstrated "highly innovative solutions" which integrated a range of technologies and capabilities and have the potential to enable a step-change for nuclear decommissioning, NDA said.

As well as robots, all the solutions featured VR, 3D imaging and autonomous navigation. These techniques can potentially be up-scaled for larger challenges and transferred to different facilities at Sellafield, as well as other nuclear sites or hazardous environments. All the projects were led by private-sector consortia and included large corporations, academic institutions and small businesses, some of which are new to the nuclear sector.