Australia may reconsider nuclear power in the long term 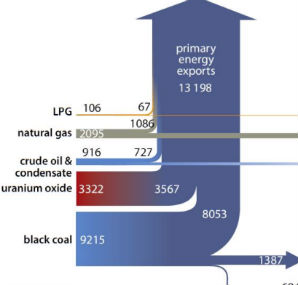 The Australian government's long-term plan for energy generation could include a role for nuclear power and renewables, in addition to coal and gas, according to preliminary consultation documents.

A Green Paper also published this week by the Australian government's Department of Industry called nuclear power a 'serious consideration for future low-emissions energy', in a context of rising prices for gas and the need for capital expenditure to reduce coal emissions.

The Green Paper said that fossil-fuel resource wealth was one reason Australia had not gone down the nuclear route, despite its major world role in uranium export: "Access to abundant low cost energy options, community sentiment and government policy, including legal prohibitions, have resulted in Australia not deploying nuclear power. In addition, Australia now has an overcapacity in generation, which is not forecast to disappear until 2023-24."

It also points out that laws currently prevent the development of an Australian nuclear industry. "Removing legislative barriers to Australia using nuclear power for electricity, when there is an economic case for its deployment, would include amending the Australian Radiation Protection and Nuclear Safety Act 1998 and the EPBC Act to allow construction or operation of nuclear fuel plants."

It did say that a 2013 study from the Bureau of Resources and Energy Economics found that nuclear energy would be cost-competitive with renewable and non-renewable energy sources to 2050 on a levelised-cost basis.

An Issues Paper published in December 2013 by the government said, in the context of developing low-emissions energy sources, "With environmental considerations constraining the further development of hydro-electric sources, nuclear technologies continue to present an option for future reliable energy that can be readily dispatched into the market."

The paper said that coal makes up 69% of electricity generation and gas makes up 23%. "The rise of coal seam gas and shale gas and oil has been transformative here and around the world."

But Australia's Daily Telegraph newspaper quoted industry minister Ian Macfarlane yesterday saying that there is no intention to lead a new debate on nuclear energy, because of the lack of bipartisan political support and lack of widespread public acceptance.

A government White Paper that fully lays out its plans is due later in 2014.

Picture: Detail of Australian export and import flows of energy, in petaJoules, 2010-11. Uranium mined in Australia flows out of the country (upwards arrow) while domestic gas and some domestic coal is used in Australia (arrows to right). Source: BREE 2013, 'Energy in Australia'