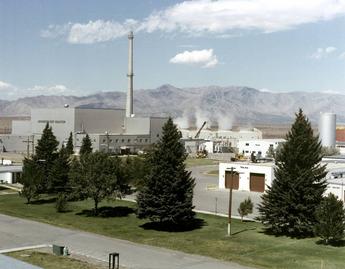 A public private partnership agreement has been signed for testing the production of caesium-131 at the Idaho National Laboratory’s (INL’s) Advanced Test Reactor (ATR).

The development programme will increase the production by the only manufacturer and distributor of Cs-131 seeds, IsoRay Medical. The company received US Food & Drug Administration (FDA) approval in March 2003 to market the Cs-131 seed for cancer treatment. In seed brachytherapy, radioactive seeds are implanted directly into the prostate gland, typically allowing patients to return to normal activities within two to three days. The treatment has recently been combined with external beam radiation therapy (EBT) at the Arnold Palmer Prostate Center at Eisenhower Medical Center. EBT uses linear accelerators to deliver radiation to a specified location – in this case, the prostate gland – to stop the growth of cancer cells.

“Since the first treatment for prostate cancer with our seeds in October 2004, the use of Cs-131 has been embraced by physicians at leading medical centres and clinics across the USA as a new prostate cancer treatment option,” said IsoRay chairman and CEO Roger Girard, adding: “The testing in 2006 is a preliminary step to increase production of the Cs-131 isotope in the USA.”

The public private partnership agreements were signed by IsoRay, INL, Bannock Development Corporation, Idaho State University and the City of Pocatello. Initial funding for the programme is provided by Pocatello Development Authority (contributing $200,000), IsoRay ($140,000) and INL ($60,000).