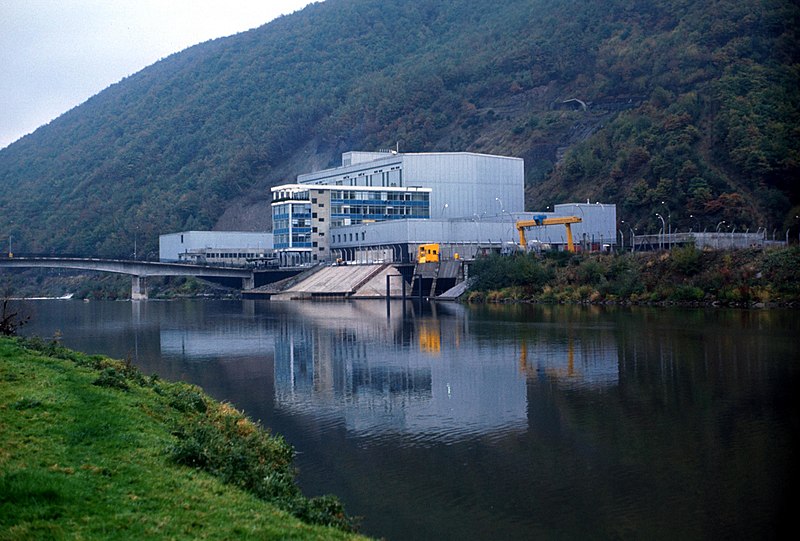 France’s Autorité de Sûreté Nucléaire (ASN) has said it has approved the continuing dismantling of the Chooz A reactor following its periodic review. The Chooz A, operated by EDF, is the first pressurised water reactor (PWR) to be dismantled in France. It was permanently shut down in October 1991.

Chooz A was the first commercial PWR built in Europe. It was commissioned by the Franco-Belgian Nuclear Energy Company of the Ardennes (SENA), a joint venture created in 1960 by EDF and a group of Belgian utilities, to construct and operate a 240MWe PWR (later increased to 305MWe) to provide electricity to both France and Belgium. At that time, France was operating graphite moderated gas cooled reactors – all now undergoing decommissioning. Belgium was then building its 11MW BR3 demonstration PWR at Mol. (BR3, connected to the grid in 1962, was shut down five years later and subsequently decommissioned.)

Chooz A was based on the design for the decommissioned 185MWe synchronised PWR Yankee Rowe plant in Massachusetts, which operated from 1961 until 1992. Its location is unique. It was installed deep inside the bedrock of a hill in the Ardennes in two caverns excavated specifically to accommodate the reactor and auxiliary installations. Buildings at the top of the hill housed the emergency core cooling system and the ventilation stack. The access galleries and the caverns inside the hill are kept at a lower pressure to prevent any nuclear material escaping.

Partial dismantling of Chooz A began in 1999 and consisted of removing the fuel, draining the circuits, dismantling and deconstructing the engine room, the pumping station and nuclear buildings located outside the cavern. A decree in September 2007 authorised EDF to initiate complete dismantling, which has so far involved dismantling of the primary circuit, with the exception of the reactor vessel. Currently, the main work involves dismantling of the vessel's internal equipment, which is carried out under water. The 2007 decree required EDF to monitor the water from the drains of the rocks in the cave, to ensure an effluent concentration of tritium compatible with the cessation of possible treatment and control before release. Finally, the last stage will include the complete dismantling of the residual equipment of the caves and the effluent treatment station, demolition of the buildings and redevelopment of the site.

ASN said “the safety issues presented by the facility, given the progress of the dismantling operations, are relatively limited. On the other hand, the issues of worker radiation protection remain significant”.

During the appraisal, an inspection related to the review was carried out on site. This enabled ASN to underline the good performance of the installation and the relevant actions implemented for fire-fighting and waste management. However, it showed that monitoring of the action plan on site could be improved.

“In general, the re-examination file transmitted by EDF included gaps and lacked precision, concerning for example the management of certain residual pollution,” ASN noted. “Moreover, the examination of the conformity of the installation with its operating reference system remained superficial, without concrete checks being carried out on the ground concerning the real state of the equipment and structures. Finally, the cases of internal contamination observed in recent years have shown that the action plans implemented by EDF since 2018 to control the risk of contamination had not fully achieved their objectives. All of these findings led ASN to send EDF a series of requests by post.”

ASN said examination of this file, as well as reports of the reviews of the uranium natural-graphite-gas (or "UNGG") reactors, “highlights the need for EDF to strengthen its organisation with a view to the next periodic reviews of its facilities. being dismantled”. However, at the end of its analysis, and subject to taking into account the requests it sent to EDF, ASN said it has no objection to the continued work at BNI 163 for the years to come. ASN forwarded the conclusions of its analysis to the Minister responsible for nuclear safety.