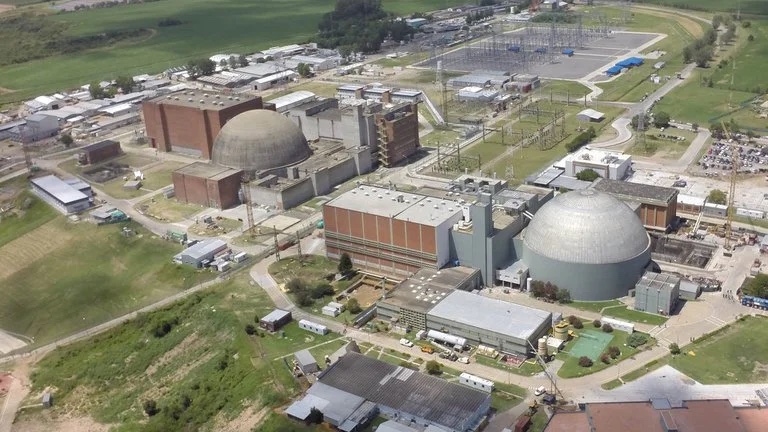 Alejandro Estevez, a director of Nucleoeléctrica Argentina SA (NA-SA), has responded to the statements of the former Undersecretary of Nuclear Energy during the administration of Mauricio Macri, Julián Gadano, who had publicly criticised the contract with China to build Atucha III – a new 1,200MWe nuclear plant planned be built in Lima, Buenos Aires, adjacent to the existing two unit Atucha NPP.

Nuclear energy provides "predictability" to the national electricity system not only from the aspect of electricity generation due to its high load factor, but also from the point of view of production costs, since international variations in the price of uranium, with the which the nuclear fuel is manufactured, have an almost marginal impact, said Estevez. He recalled that, after several months of negotiations with China National Nuclear Corporation (CNNC), the technical-commercial contract for Argentina’s fourth nuclear plant was signed in February, adding that the financing agreement is currently being worked on: “They are taking the corresponding steps to be able to move forward with this project, which is central to the future of our country within the framework of the energy transition,” he said.

NA-SA and CNNC signed an Engineering, Supply and Construction (EPC) contract for the development of the Atucha III, which will have an HPR1000 (Hualong One) reactor. NA-SA President José Luis Antúnez said in April that he expected construction to begin later this year. He put the cost $8.3 billion, noting that the Industrial and Commercial Bank of China (ICBC) expected to finance the majority of the project. After years of delays, NA-SA finally resumed work to develop the nuclear power sector in April 2020. NA-SA, which is majority state owned, operates Argentina’s three nuclear plants – Atucha 1 (367MWe), Atucha 2 (745MWe) and Embalse (683MWe), all pressurised heavy water reactors (PHWRs), which generate some 5% of Argentina's electricity. Atucha III will use enriched uranium as fuel and light water as coolant and moderator, unlike the PHWRs, which use natural uranium fuel and heavy water as moderator and coolant. Its construction will generate more than 7,000 jobs during the work peak, 700 permanent jobs for its operation and will involve approximately 40% integration with national suppliers.

Julián Gadano had said, in an interview with Jorge Fontevecchia on Radio Perfil: "The only thing this administration did was sign the project that we had negotiated….We negotiate a lot with China, I travelled 11 times in four years , and the only thing I have to say is that, apart from the fact that I do not like the political regime they have, the negotiations with the Chinese have always been mature. We didn't come to an agreement." Estevez replied: « Gadano should be asked what he did the 11 times he says he went to China because during his administration the Atucha III project was completely paralysed. From the results it seems that it was only nuclear tourism.”

Gadano had said: “I find it strange that the nuclear authorities have signed a commercial contract by which they undertake to build a nuclear power plant of Chinese origin and they do not have the financial contract. It is irresponsible and it is going to be negotiated in conditions of weakness.” Estevez responded: “The statements regarding financing are a true reflection of the policy of abandoning the nuclear sector carried out by the former Undersecretary of Nuclear Energy during his administration. How did you intend to reach a financial agreement without knowing what was going to be financed? Because of the results, of course, it was a strategy to delay the negotiations and do nothing, a total lack of respect for the Chinese counterpart.”