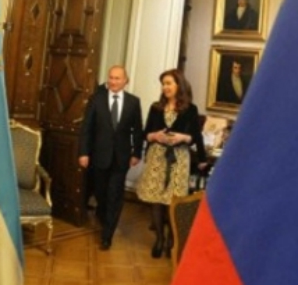 Following a state visit by Russian president Vladimir Putin and civil nuclear accord signed by him and Argentina's president Cristina Fernández de Kirchner, Argentina's Atomic Energy Commission said that it would adopt PWR technology for its third reactor.

De Vido encouraged Kirienko to visit Atucha II, the country's third reactor, a new PHWR that is currently ramping up to full power and which he said had currently reached 30% power.

De Vido said that Rosatom was one of five prequalified suppliers for the country's first light-water, enriched uranium pressurized water reactor. "After completing the phase of heavy water we pass to the light water reactor but with technology transfer."

Talks also reportedly touched on the possibility of finance.

According to World Nuclear News, a tender for unit four is due later this year.