Akkuyu EIA to be submitted by end of the month 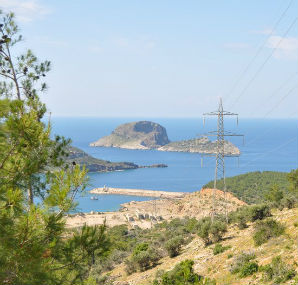 A revised environmental impact assessment for the Akkuyu nuclear power project to build four VVER 1200 reactors in western Turkey will be submitted to the Turkish government by 27 March, according to Russian nuclear energy developer Rosatom. Head of Rosatom Sergey Kirienko visited the country to meet Taner Yildyz, minister of energy and natural resources.

Yildiz said, "Normally, EIA is 500-page thick. We have somewhat more, over 3500 pages, but it has to be understood that we are building the first NPP in Turkey; therefore, the wish of our experts to ask questions is understandable. On the whole, we do our best to commission the first reactor in 2019."

Kirienko said that the project would be profitable for Turkey; local companies would receive work worth US $5 billion for construction and installation work. He said that $1.5 billion has already been invested in the project.

Kirienko also said that the project developer, NPP Akkuyu JSC, would have a new director from 1 April. The current director, Alexander Superfin, an Azeri hired from Fortum in 2010 to work on the project, has been named a vice president of Rusatom Overseas, with a responsibility for developing Rosatom's business development in North America.

The new director is banker Fuad Akhundov, also from Azerbaijan.