When does new nuclear become investable?

The UK is grappling with the problem of inviting the private sector to invest in new nuclear without interest driving up the price. Its solution cuts costs – but transfers the risk to consumers 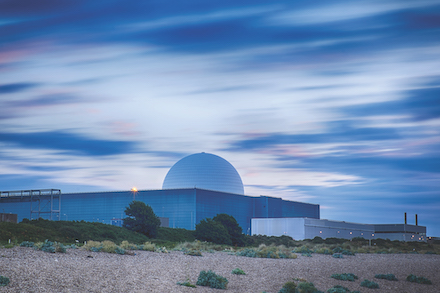 Above: The risks of financing new nuclear are a perennial problem for government and the private sector (Photo credit: Phil Silverman/Shutterstock.com)

UK chancellor Jeremy Hunt confirmed recently that the UK would back the proposed Sizewell C nuclear power plant with investment of £679m. The funding had initially been announced by then Prime Minister Boris Johnson. It is a mark of the large investment involved in a new nuclear unit that, despite UK plans to see one new nuclear plant reach Final Investment Decision (FID) in this parliament (ie before the end of 2024) and two achieve FID in the next (before 2029), two incoming Prime Ministers (Teresa May and Rishi Sunak) have announced reviews of Sizewell C. But Sunak’s chancellor Jeremy Hunt reaffirmed both the project and the funding, saying: “Our £700m investment is the first state backing for a nuclear project in over 30 years and represents the biggest step in our journey to energy independence.”

Of perhaps more interest to investors is the UK government’s decision to take a 50% stake in Sizewell C, with co-investor EDF. But neither of the two envisages holding those large stakes for very long. Once the project – which now has planning permission – reaches FID, both hope that it will attract new investors, so that the UK and EDF can reduce their stake to around the 20% level.

It is hoped that the project can bring in private capital because investors will gain confidence in the continued presence in the project of the UK and EDF but also because it will be built under a different financing model.

It is hoped Sizewell C will look less like a state-owned plant where funding comes from government and it (in effect taxpayers) bears the risk of cost and schedule overruns. Instead, the government hopes it will resemble other types of power plant development cycles, in which different investors buy and dispose of stakes as the project moves from development, to permitted and ‘shovel-ready’, to construction and operation. With each step the project rises in value while the risk falls, so eventually it becomes investable for groups like pension funds which will accept low returns in exchange for long-term stability, while early investors will take their profit and reinvest in other projects where returns are higher.

At £20bn (in 2015 money) even 60% of the project will be too large for any single bank or other investors, which are more likely to join at the £1bn level. But the UK hopes that post-FID (aimed to be at the end of 2024) the project will attract enough investors that they will be in competition on the initial return on investment required. In future, the level of allowed return will be set by the UK’s energy regulatory authority, Ofgem.

Moving to a RAB model

Co-investing with government is not currently enough to make Sizewell C an attractive investment though. The key to that, the UK government believes, is the Regulated Asset Base model (RAB).

The Department for Business, Energy and International Strategy (BEIS) set out its view on the RAB model and compared it with other funding models in an Impact Assessment in 2021 – required because the RAB model required primary legislation (which has now been passed).

Comparing RAB with relying on existing funding models, such as Contracts for Difference (CfD) BEIS said it “believes there are few, if any, strategic investors in the market with the risk appetite to finance a new nuclear power plant using a CfD mechanism.” In fact, BEIS also considered that the RAB on its own “would not achieve the goal of delivering new projects at a lower cost”. It added new Funded Decommissioning Programme (FDP) legislation and the new Special Administration Regime.

What is the Regulated Asset Base model? It aims to manage nuclear’s biggest problem: huge capital costs and the long gap (as much as 15 years) between investing and starting to earn a return when power is produced.

The UK’s RAB approach aims to address this. It has commonalities with US models that add nuclear to a utility’s ‘rate base’, but the UK version would ring-fence the project activities in a special purpose vehicle (SPV). The SPV is awarded a licence to own and operate the project for a defined period. It is permitted to recover the costs of construction and operation, and also to make an ‘allowed return’ on the asset for the lifetime of the licence.

The crucial issue here is that the regulated company is permitted to start charging customers immediately the project begins, and can continue to do so throughout the construction phase.

The model for this approach at Sizewell C is the Thames Tideway Tunnel (TTT), now under construction, for which customers will have been paying out for more than a decade by the time the project is fully operational.

The benefit may be very large. The company does not have to cover the cost of interest payments for the whole project during construction. In addition, investors bear less financial risk, so they will invest at lower interest rates too. For projects where finance costs represent a majority of the project cost, the effect is dramatic: the yearly cost to consumers of the TTT, advocates say, is more than halved when compared with conventional finance models.

The downside for customers or ratepayers is that they end up bearing the most of the risk, whether that is delays, cost increases or even complete cancellation.

That makes the UK’s RAB politically more difficult. Hannah Bronwin, then deputy director (nuclear financing) at BEIS, said when the RAB was proposed that the option met government’s requirements over fiscal responsibility, because the project would be “off the country’s balance sheet”. It could lower the cost of capital and offer a “sophisticated and flexible approach to risk allocation”.

Increasing the investor pool is also important and the Impact Assessment said “given the limited number of institutions with sufficient capital to invest in such projects, financial market constraints mean those risks are likely to be spread among a small number of investors.” Without the RAB “since each investor would be taking a large risk, there would still need to be a high-risk premium to incentivise investment.”

There is no shortage of experience in the energy sector of different financing models. Some have salutary lessons.

The UK’s Contract for Difference (CfD) model was developed to reduce risk to investors by giving them certainty over the price which will be paid for a unit of electricity. This reduces the risk of lower-than-expected returns which, in turn, lowers the cost of financing new power generating capacity. It helps incentivise on-schedule delivery – however, it also leads to higher costs of finance for projects which are lengthy, or less certain to deliver

on time. It has been widely used to fund renewables including major offshore wind farms and was used to fund Hinkley Point C. But under a CfD model, investors remain responsible for paying for cost overruns and investors factor that into the power price required for investment.

All of these risks have to be factored in to the power price required by the developer before the project can get financial approval.

That burden lies less heavily on wind and solar projects because they can be built relatively quickly and the project can be built in phases. As a result, income from part of the project starts early, while construction lessons can be learned from in early phases so delivery risk in the later phases is lower. Nuclear does not have that opportunity.

Prices set in advance look very different in the rear view mirror. Once the plant is operating the risks accepted by the developer before and during construction are forgotten. For example, a fleet of independent power projects (IPPs) agreed in the 1990s saw consortia bid for the right to build power stations and sell the power produced under contracts dubbed ‘build, own, operate’ (BOO) or ‘build, operate, transfer’ (BOT) where the plant reverted to the incumbent company after a period, typically 20 or 25 years. There was a risk for investors and it was political: Malaysia, for one, imposed dramatic cuts in the contracted export tariff for its five IPPs once they were in operation.

Sometimes the opposite is true: the strike price for Hinkley Point C was set at £92.50 back in 2012 (and it has risen with inflation since then). It was held up as a poor deal for consumers for nearly a decade, as CfD strike prices for offshore wind farms fell from well over £100/MWh to as low as £37/MWh. At the moment, however, the energy crisis and spiking electricity prices make the Hinkley Point C price look attractive, while the low prices agreed for offshore wind means turbine makers are losing money and the industry is under pressure.

With the RAB model, a nuclear plant will still face price and volume risk once operating, as its power will have to be sold into a volatile market where nuclear can be pushed out of the merit order by cheap renewables and prices can fall to zero at times (a contrast to TTT, whose customer Thames Water has no choice but to use the service and no alternative supplier).

Despite the fact that it may reduce costs, consumer advocates are very wary of the RAB model. Alan Whitehead, Labour’s shadow energy minister and a longstanding observer of the industry, has previously complained that the RAB model “effectively puts costs on the consumer well before you have any idea when a particular plant will come onstream. If there is any slippage in the process the consumer just continues to pay out. ...it is transferring a lot of the risk straight onto the customer and the customer can end up paying through the nose for nothing if you have serious problems in terms of timescales.”

He referred to consumers in the USA who were left paying the cost for decades when nuclear projects were cancelled.

Will it attract investors as hoped? In an article in the Financial Times in June 2018, Alistair Ray of fund management company Dalmore Capital, told the FT that he liked the RAB model. “The actual costs of the project are reflected in the capital base and this is important in any complex greenfield project,” he added.

Dalmore Capital is part of a consortium of private investors backing the Tithe said of using the model for new nuclear: “Nuclear does not need to be completely risk free to be of interest.”

The RAB model may not see an oversupply of investors competing to fund Sizewell C at FID; but at the very least it has opened the door for discussions.