In 2010, the government set out to reform the electricity market. This was billed as a complete rework of a market first established in 1990 as part of privatisation of the power industry. Trading in an open market (the so called 'pool') set the wholesale price of electricity. These arrangements were modified in 2001 and 2005 with the aims of more competitive trading and creating a single market for the UK.

The introduction of the electricity market had some major and positive effects. It exposed previously-nationalised providers to commercial discipline. Costs were cut and excess capacity forced out of the system. Also, new efficient gas-fired power plants were built quickly, with private-sector funds. The market attracted foreign utilities to invest here, and has become an example for other countries that wish to liberalise their electricity systems.

Why is reform being promoted?

New power capacity is required to fill the 'supply gap' that will emerge in 2015 by the closure of old and dirty coal plants and the shutdown of ageing nuclear plant. UK Climate Change commitments will require further large investment.

Legally-binding targets mean the UK must provide 30% of its electricity from renewables by 2020. Also, the UK will need to make larger cuts in carbon emissions from the power sector by 2030 to make progress towards its 2050 target (80% reduction in carbon emissions compared with 1990).

While the electricity market has been effective in shutting down high cost or excess generators, it has not provided investment for clean energy. All types of clean generation (renewable, nuclear, carbon capture and sequestration) are capital-intensive. The electricity market is not currently providing support for the very high level of capital investment required: more than GBP200 billion or $302 billion by 2030.

During the last decade, a variety of measures were put in place to promote investment in renewable generation: wind, wave, biomass and solar. The EU Emission Trading System (ETS), which allows buying and selling of carbon permits, seeks to price carbon emissions. Renewable Obligation Certificates (ROCs) guarantee extra revenue (~GBP30/MWh) for renewables in addition to the market price. ROC payments are graded by technology; for example, one ROC for onshore wind, two ROCs for offshore wind.

As renewable generation moves from being a minor to major part of the market, these mechanisms are becoming increasingly complex and costly, and are starting to distort competition. Other clean forms of energy such as nuclear do not benefit, could not attract private investment and therefore would not be built. Also, there are weaknesses in the electricity trading market. Electricity companies have become vertically integrated, both generating and supplying electricity, and the market is bypassed, with only a small amount of electricity being traded. New entrants to the market are discouraged because they must own both generation and supply to compete effectively.

The Energy Bill of 2012-13 sets out the reforms aiming to deal with the so called 'tri-lemma' of electricity, providing:

These new elements will work with the existing ETS and the recently-announced carbon price floor (GBP30/tonne of CO2 by 2020). Also, an emissions performance standard will ensure that no new electricity supplier will produce more carbon than modern gas-fired power stations.

FITs guarantee a fixed unit price for electricity generated for suppliers that are too small to operate effectively in the market (for example solar PV).

Strike prices will be set at the outset of a project, removing the generator's long term exposure to electricity price volatility. As the commercial risks are reduced, the ability to raise finance should be improved and the cost of finance reduced. Initially, strike prices will be negotiated by the government. The plan is to auction CfDs for specific technologies (for example offshore wind) by 2017 and move to open auctions in the 2020s.

From 2014, a capacity market will auction contracts for stand-by capacity for use to fill supply gaps. The cost of these contracts will be shared between all electricity suppliers.

National Grid will manage the levy, price support and capacity mechanisms. As investors will require certainty about support payment, a company owned by the government will be the guarantor.

Though the Energy Bill has been laid before Parliament, there are some important questions to be resolved.

The design of the market is not yet complete. There is a long list of important issues and decisions still to be made to convert the conceptual framework into a firm plan. This is acknowledged by the government. The reform is planned to be implemented in phases over a period of perhaps a decade, with interim arrangements covering investment CfDs at least until 2017.

The plans have been criticised by energy economists for not reforming the trading market. The issues of liquidity and new entrant disadvantage remain largely untouched, making the electricity market ineffective. Costs of the reform will be large but are not transparent. The government has assumed fossil fuels costs will increase every year in real terms. Also, they believe that the cost of other ways of meeting our carbon commitments will be higher than the planned reforms. And customers naturally want to know what the effect will be on their bills.

Tony Roulstone is a former MD of Rolls-Royce Nuclear and now is course director of the nuclear energy masters programme at the University of Cambridge. 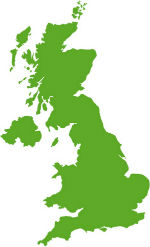