We summarise some of the top nuclear power stories of 2020 – from the startup of the UAE's first nuclear power plant, to progress on the ITER fusion project and increased interest in small and advanced reactors.

Assembly started on the ITER tokamak in Cadarache, France, and the international fusion project remains on schedule for first plasma in 2025. (The ITER Council will meet to review the schedule again in June 2021).

Canada reaffirmed its committment to small and advanced reactors with the launch of an SMR action plan in December, and the US has also announced funding for advanced reactor development. The Emirates Nuclear Energy Corporation (Enec) in August announced that its operating and maintenance subsidiary, Nawah Energy Company (Nawah) had successfully started up unit 1 of the Barakah Nuclear Energy Plant, located in the Al Dhafrah Region of Abu Dhabi, in the United Arab Emirates (UAE).

In December Enec announced that Nawah had achieved 100% of the rated reactor power capacity for Barakah 1 - a key step towards starting commercial operations in early 2021. 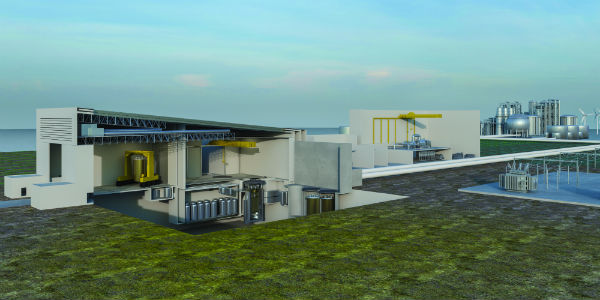 Small modular reactors (SMRs) represent a promising new non-emitting technology that has the potential to produce reliable electricity in Canada, supporting the country’s transition to net-zero emissions by 2050, Natural Resources Canada (NRCan) said in December as it announced a national SMR Action Plan. The plan is based on the 53 recommendations identified in Canada’s SMR Roadmap that was launched in November 2018.

"SMRs represent the next great opportunity for Canada – helping us to phase out coal and electrify carbon-intensive industries such as mining and petroleum extraction,” Minister of Natural Resources, Seamus O'Regan said.

Canada in late October undertook to support SMR development with funds for Terrestrial Energy. Minister of Innovation, Science and Industry Navdeep Bains announced a CAD20 million ($15.1 million) investment that will enable Ontario-based Terrestrial Energy “to take a critical step toward commercialising its cutting-edge SMR technology, creating significant environmental and economic benefits for Canada”. The investment will help Terrestrial Energy to complete a key pre-licensing milestone through the Canadian Nuclear Safety Commission (CNSC) to assess the acceptability of the Generation IV technology that the company is developing as part of its $68.9 million Integral Molten Salt Reactor (IMSR) project. The world's first Hualong One reactor at unit 5 of China’s Fuqing NPP in Fujian Province was connected to the grid in November. China National Nuclear Corporation (CNNC) said all technical indicators of the unit were in compliance with the design requirements, and the unit was in good condition, laying a solid foundation for the subsequent commercial operation.

Hualong One is a third-generation pressurised water reactor developed and designed by CNNC based on more than 30 years of nuclear power research, design, manufacturing, construction and operation experience. It has a design life of 60 years and a 177 assembly core design with an 18-month refuelling cycle.

Currently seven Hualong One units are under construction in China. CNNC is building Fuqing 6, which is scheduled for start up in 2021. CNNC is also constructing one unit (the first of two) at Taipingling in Guangdong, two at Zhangzhou in Fujian province and one at SanAo in Zhejiang. China General Nuclear is building two at its Fangchenggang site in Guangxi province.

In addition, two Hualong One units are under construction at Karachi in Pakistan, while CGN proposes to use a UK version of the Hualong One at Bradwell in the UK. Also in November, Hualong One (HPR 1000)  successfully passed the European Utility Requirements (EUR) compliance assessment and obtained the EUR certification.

Russia’s floating NPP Akademik Lomonosov – the first of many

The world's only floating nuclear power plant (FNPP), the Akademik Lomonosov, began commercial operation in the Russian Arctic city of Pevek in May.

Russia’s Rosatom subsequently announced plans to update its FNPP project to develop plants which could operate both in the Arctic zone and in tropical regions. Rosatom director for development and international business Kirill Komarov said there is now a great demand for FNPPs along the entire perimeter of the Northern Sea Route, where a large number of projects are planned.

Rosatom is also planning to build a small ground-based SMR in Yakutia based on the RITM reactor series. A field survey has been completed at a potential site in the village of Ust-Kuyga. Work is expected to being on site in January 2021.

3D printing takes off in the nuclear industry 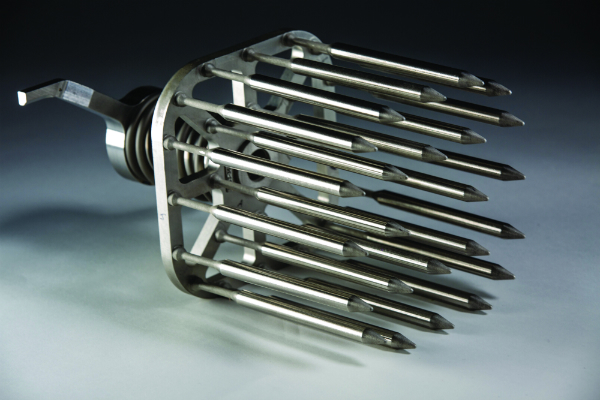 The nuclear industry in 2020 saw the development of 3D printing for the manufacture of components and fuel. In May, Westinghouse Electric Company announced that a 3D-printed thimble plugging device was successfully installed Exelon's Byron 1 during their spring refuelling outage.

In November, Engineers and designers at BWX Technologies (BWXT), teamed with the Oak Ridge National Laboratory to develop new additive manufacturing technologies for the design and manufacture of reactor components made from high-temperature alloys and refractory metals.

France’s Framatome announced a number of advances in 2020. In November the comany's 3D-printed fuel elements completed the first cycle of irradiation in operating conditions at Switzerland's Gösgen nuclear plant. Framatome also announced in December that it had recently manufactured the world’s first uranium-molybdenum and uranium-silicon objects using 3D-printed technology at the CERCA Research and Innovation Lab (CRIL). This advances the development and production of metallic uranium fuel plates for research reactors, and irradiation targets for medical isotopes widely used by hospitals for the diagnosis of cancer.

Framatome is also collaborating with the US Department of Energy Office of Nuclear Energy , the US Tennessee Valley Authority (TVA)  and DOE’s Oak Ridge National Laboratory (ORNL) in the development of 3D printed components for nuclear plants. TVA announced that it will load four new 3D-printed fuel assembly brackets at its Browns Ferry  in spring 2021. The components were manufactured at  ORNL as part of the lab’s Transformational Challenge Reactor (TCR) programme.

Meanwhile, Russia in December set up an Association for the Development of Additive Techologies. Rosatom also announced a Roadmap to accelerate the growth of the additive technologies market in Russia by 2.5 times supported by an allocation of more than RUB81 billion. Some 180 centres for additive technologies will be created in Russia by 2030, 10 of which a will be set up by Rosatom. Ten pilot projects for the use of 3D printing in the nuclear industry  have been launched, including the printing of anti-debris filters for a nuclear reactor fuel assembly and a fuel assembly for research reactors. The US Senate in July passed the Nuclear Energy Leadership Act (NELA) after it was included as an amendment to the FY2021 National Defense Appropriation Act (NDAA). The NELA legislation seeks to restore US leadership in nuclear power with an emphasis on demonstrating advanced reactors.

NELA directs the Department of Energy (DOE) to create a strategic vision for developing next-generation nuclear and authorises demonstration of two designs by 2025 and two to five additional designs by 2035.

For the Fiscal Year 2020 budget, Congress appropriated $230 million to start a new demonstration programme for advanced reactors. Through cost-shared partnerships with industry, the Advanced Reactor Demonstration Program will provide $160 million for initial funding to build two reactors that can be operational within the next 5-7 years. Throughout the year DOE announced regular funding awards for advanced reactors and also for nuclear fusion research. 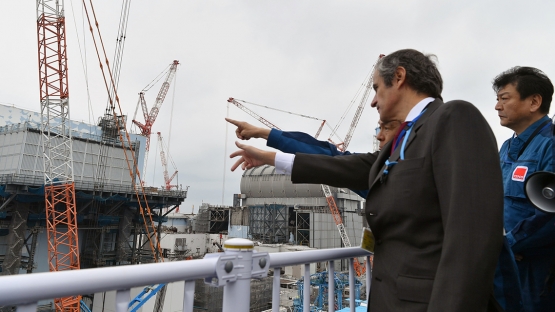 Argentine diplomat Rafael Grossi was sworn in as the new director general of the International Atomic Energy Agency (IAEA). Grossi took over from Yukiya Amano, who died in July at the age of 72 having been in post since 2009. While the US is thought to have lobbied in his favour, diplomats say Grossi stressed his belief in the importance of the agency’s impartiality.

Grossi faced two major crises in his first few months – Iran’s ramping up of its nuclear programme following the US withdrawal from the 2015 nuclear deal, and the COVID-19 pandemic. In both cases he has made significant headway, raffirming co-operation between Iran and the Agency following a visit to Tehran in August and supporting member states with equipment and expertise to help combat the pandemic. The ITER group, in a ceremony on 28 July marked the start of the machine assembly of the international experimental tokamak nuclear fusion reactor under construction at Cadarache in France.

Assembly of the International Thermonuclear Experimental Reactor began with installation of the 1250-tonne steel base of the cryostat.

The ITER project was launched in 2006. Its original timeline called for a test of its first super-heated plasma by 2020, with full fusion by 2023 but this has been revised several times.

Bigot said he now expects first plasma in December 2025, which should prove the reactor concept works, and full power by 2035. However, he has acknowledged the challenges in meeting that schedule. US-based NuScale Power announced in August that the US Nuclear Regulatory Commission (NRC) had completed Phase 6 review—the last and final phase—of the Design Certification Application (DCA) for its small modular reactor (SMR) with the issuance of the Final Safety Evaluation Report (FSER).The FSER represents completion of the technical review and approval of the NuScale SMR design.

With this final phase of NuScale’s DCA now complete, customers can proceed with plans to develop NuScale power plants with the understanding that the NRC has approved the safety aspects of the NuScale design.

NuScale’s SMR is a fully factory-fabricated, 60MW power module based on pressurised water reactor technology. The scalable design means a power plant can house up to 12 individual power modules.

NuScale's first customer, Utah Associated Municipal Power Systems (UAMPS), is planning a 12-module SMR plant at a site at the Idaho National Laboratory. NuScale has also signed agreements with entities in the USA, Canada, Romania, the Czech Republic, and Jordan. 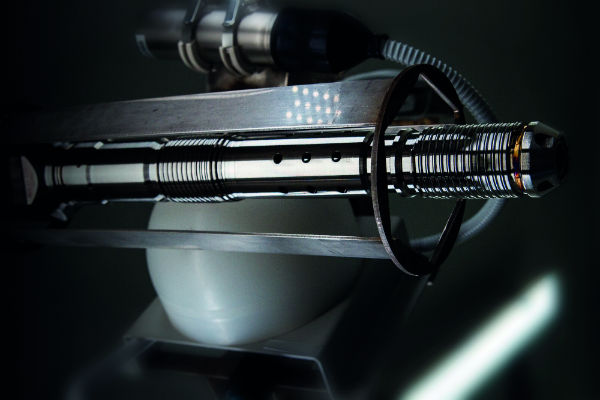 Tvel said it would supply the mox fuel to the Beloyarsk NPP at the end of 2020, and fuel loading is scheduled for January 2021. Initially, the BN-800 reactor was launched with a hybrid core, comprising both uranium fuel produced by Mashinostroitelny Zavod in Elektrostal and experimental mox assemblies manufactured at the Research Institute of Atomic Reactors (NIIAR) in Dimitrovgrad. The first batch of mox fuel for BN-800, comprising 18 fuel assemblies, was loaded into the reactor at the end of 2019, the rest of the refuelling consisted of fuel assemblies with uranium fuel.

In August, Russia’s Mining and Chemical Combine (MCC) in Zheleznogorsk received a five-year full licence from the Federal Service for Environmental, Technological and Nuclear Supervision (Rostechnadzor) for the industrial production of mox fuel the BN-800.  Previously MCC’s mox plant worked under a pilot operation licence, which was also valid for five years.

Russia’s mox programme began in 2000 a result of an agreement signed with the USA on the disposal of military plutonium. By the time the USA cancelled its own mox programme in 2018, Russia’s mox development was well advanced. In 2011 Russia had adopted a long-term strategy aiming to close the fuel cycle based on fast reactors.

Belarus 1 was connected to the grid in November 2020