Time to show nuclear can deliver 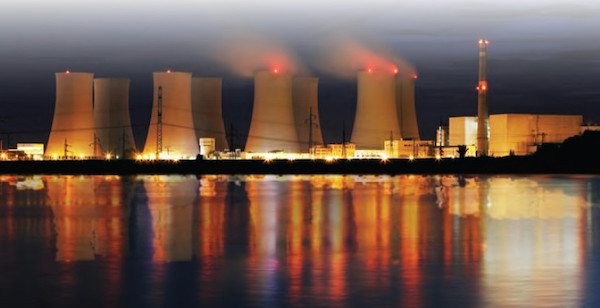 In May the International Energy Agency (IEA) launched its ‘Net Zero by 2050’ report. Nearly 30 years from now it forsees a future where electricity accounts for almost 50 per cent of total energy consumption.

In that future electricity plays a key role in transport, buildings and industry, and it is also essential to produce low emissions fuels such as hydrogen. That means, according to the IEA, that total electricity generation will increase by two-and-a-half-times between today and 2050. And of course, that electricity has to be generated at zero carbon emissions.

The IEA is clear on many sources of electricity. There should be no new investment decisions for unabated coal plants from now on, for example.

What is nuclear’s role? That is not so clear. The IEA says that nuclear energy will make a “significant contribution” to its Net Zero Emissions scenario, and will provide an “essential foundation” in the transition to a net-zero energy system. But IEA language treats nuclear as an ‘also-ran’. It says: “By 2050, almost 90 per cent of electricity generation comes from renewable sources, with wind and solar PV together accounting for nearly 70 per cent. Most of the remainder comes from nuclear.”

The World Nuclear Association (WNA) objects to this portrayal. Responding to the report, WNA said that IEA’s projection underplays nuclear’s potential contribution, compared to other power sources. WNA said the IEA’s Net Zero Emissions scenario “puts too much faith in technologies that are uncertain, untested, or unreliable and fails to reflect both the size and scope of the contribution nuclear technologies could make.” It described the IEA’s lack of ambition in its assessment of the role of nuclear as “highly impractical”, given the necessary timeline for reaching Net Zero.

The IEA did, however, say that failure to take timely decisions on nuclear power would “raise the costs of a netzero emissions pathway and add to the risk of not meeting the goal.” For Sama Bilbao y León, director general of WNA, that was a call to action. She said “Governments must now take action to ensure that nuclear energy can play a major role in the clean energy transition, to which so many of them have now committed.”

One thing that all organisations agree on is that global electricity use will grow substantially. That means without ambitious expansion plans nuclear will become less important in the electricity mix.

The IEA’s figures, which do anticipate some expansion of nuclear, illustrate this: in its Net-Zero scenario, the amount of energy supplied by nuclear power will increase by 40 per cent by 2030 and double by 2050, which means new nuclear capacity additions will reach 30GW per year in the early 2030s. The IEA also assumes extended operations of existing nuclear reactors, as according to the IEA “they are one of the most cost-effective sources of low-carbon electricity.”

Nevertheless, because total electricity use is rising, that would see the share of nuclear energy in the global electricity mix falling from 10.5 per cent to 8 per cent. That low ambition contrasts strongly with the global nuclear industry’s ‘Harmony’ goal, which would see nuclear energy provide at least 25 per cent of the world’s electricity by 2050. To achieve this goal would require around 1000GW of new nuclear build and maximum contribution from reactors in operation today.

The bedrock of the switch to Net Zero generation is the International Panel on Climate Change (IPCC). How does it see nuclear?

It lists nuclear among the “main mitigation options in the energy supply sector”, along with energy efficiency improvements, switching from (unabated) fossil fuels, renewable energy, and carbon capture and storage (CCS). However, it too sees the nuclear proportion declining in the short term.

In the Energy Systems chapter (chapter seven) of its recent assessment it says that in recent years, the share of nuclear energy in world power generation has declined from 17 per cent of generation in 1993 to 11 per cent in 2012. The trend began well before the incident at the Fukushima in March 2011, it says.

The IPCC’s role is not to advocate specific technologies to address global warming. But it considers some aspects of the nuclear power option.

First it considers its emissions credentials. Emissions are associated with the manufacturing and installation of power plants, and that applies to any technology, but for nuclear power related emissions incurred, for example, during uranium enrichment, may be significant. But overall it says recent analysis confirms that nuclear can retain its ‘low carbon’ stamp, despite the emissions inherent in some parts of the fuel cycle such as enrichment and mining.

What about resources needed for the long term? Fuel supply is not a problem, the IPCC says — uranium resources are sufficient to fuel existing demand for more than 130 years, “and if all conventional uranium occurrences are considered, for more than 250 years”. What is more, “Fast breeder reactor technology can theoretically increase uranium utilization 50-fold or even more”.

However, the IPCC had a list of practical barriers to expansion that together place nuclear at a disadvantage when compared with other options.

Waste management costs also rated high on the list – although the IPCC acknowledged that a closed fuel cycle with fast breeder reactors would reduce the amount of high-level waste to be disposed of. Proliferation fears, and the need to secure access to fissile materials, was a related barrier.

Other barriers relate to nuclear’s contribution to overall supply and grid management.

Nuclear’s very large potential also can present a practical issue. Investment may also be needed in expanding transmission to serve future nuclear plants if they are located at some distance from load centres. This can also be a slow process. In a UK meeting earlier this year network owner National Grid said it had been working on the connection for Hinkley Point C, currently under construction, for 17 years.

IPCC agreed that nuclear was a reliable – and large scale – supplier, with a ‘capacity credit’ higher than 90 per cent of its nameplate capacity. That was similar to that of thermal plants with CCS, geothermal, and large hydro and considerably higher renewable energy generators.

However, in the future grid flexibility may be as important as capacity, and that was not a nuclear strength. IPCC said part-load operation of nuclear plants is possible as in France, but true variable load following “is more challenging and must be considered at the design stage”. A high proportion of renewable generation. power, for example, “may not be ideally complemented by nuclear” – although the necessary flexibility could be supplied by third party providers.

Finally IPCC noted the long life of assets in energy supply systems, of which nuclear’s potential lifetime of up to a century is an extreme. Although the IPCC did not explicitly raise this as a barrier for nuclear, its implication was that there was a fear of making large investments in plant that may not meet future needs – the need for flexibility being an example. Fears of heavy investment in an asset that was later ‘stranded’ likely adds to the cost of nuclear investment and makes the Final Investment Decision more problematic.

Small modular reactors (SMRs) can help address some of these barriers, and indeed the IEA recognises the importance of nuclear innovation with small modular reactors and other advanced reactor designs “moving towards full-scale demonstration, with scalable designs, lower upfront costs and the potential to improve the flexibility of nuclear power in terms of both operations and outputs, e.g. electricity, heat or hydrogen.”

What is the right ambition?

Given the array of issues laid out by IPCC it is easy to see why the IEA is cautious in its ambition. Given the current  imperative towards a larger Net Zero electricity system, is that caution justified?

WNA says it is not, and that “By failing to consider with adequate ambition the contribution that nuclear energy could make, the ability to deliver on the IEA’s Net Zero scenario has a much higher risk of failure.”

The IPCC, in contrasts, suggests that the current nuclear target is already ambitious and raising it would be unachievable. IPCC cites studies that says “depending on the assumptions about the technology portfolio, a quadrupling of the low-carbon share over 20 years (2030 – 2050) would lead on average to the construction of 29 to 107 new nuclear plants per year. While the lower-bound estimate corresponds to about the observed rate of nuclear power installations in the 1980s, the high estimate is historically unprecedented.”

If the nuclear industry aims to convince policymakers and investors that a large step-up in nuclear capacity is not just desirable but achievable, it should not delay. That places a responsibility on companies owning, managing and building plants to show that they can overcome the IPCC’s barriers and allow policymakers to invest in new nuclear. Now is the time to show the industry can deliver. 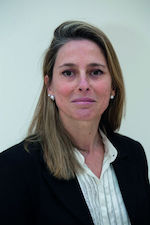