SMRs and the dot com era for nuclear

Climate and security crises are prompting a reappraisal of nuclear power with SMRs widely seen as a route to resolve both these issues. 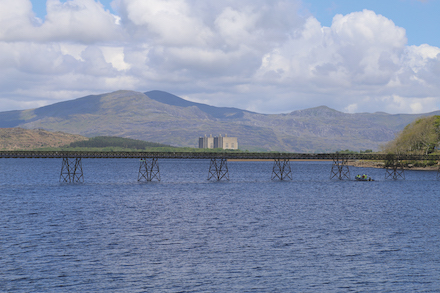 Above: The Trawsfynydd nuclear site in Wales, where Cwmni Egino hopes a new SMR will be situated

While an acceleration in the usage of nuclear energy has been ‘just around the corner’ for many years, it has been decades since nuclear has been at the forefront of national consciousness across Europe in the way we are seeing today. It is hard not to see why; reliance on fossil fuels is becoming increasingly untenable in the wake of the climate crisis. Furthermore, the current energy crisis is making very clear the benefits of investing in energy sources that are reliable in the long term.

Rightly, the desire of many governments to invest in nuclear is leading to discussions about the practicalities of funding, constructing and securely managing nuclear energy plants, with small modular reactors (SMRs) emerging as viable and timely options. The latest country to announce investment in SMRs is the UK. In October, the UK Nuclear Decommissioning Authority and Cwmni Egino signed a Memorandum of Understanding to support the development of a new SMR project in North Wales; a sign of accelerated investment more broadly.

The developments in the UK have further fanned the flames of the already fiery debate on the viability of SMRs. Some continue to see them as a far-off concept whereas others, myself included, see them as an important sign of progress. In my view, what we are entering is a ‘dot.com’ era for nuclear with SMRs at the forefront. There is a tremendous sense of excitement around their development within both the industry and among significant parts of the general public as we search for a tenable source of power.

Even for those of us who are hopeful about SMRs there are worries, however, mostly tied to the speed of a wider rollout of the technology. While the energy sector’s excitement about innovation and development of new technologies is paying dividends, there needs to be a shift of focus, near term, towards safe deployment. To achieve this as quickly as possible we need repetition and reliable replication, meaning the manufacture of a fleet using the same standardised and proven design. Once a standardised model is achieved rapid deployment becomes simpler.

There is no need to reinvent the wheel both within and across markets, but rather to focus on efficient and standardised deployment.

Finding the right balance between remaining fresh and innovative and providing steady progress can seem difficult, but it is entirely possible. Perhaps the most famous example of this is the French nuclear programme which was deployed throughout the 1980s. The programme remains a beacon of success in widespread deployment, as approximately 70% of the country’s electricity is now derived from nuclear energy. This is the highest percentage in the world and France is also the world’s largest net electricity exporter, with the UK being a major customer of French electric power.

France was not always in a position where it had excess energy to export. In the 1970s, prior to its nuclear reinvigoration, it primarily imported its electricity. The risks that came with this were made painfully clear during the 1973 Oil Crisis when the OPEC countries turned off their taps, causing a sea shift in France as the focus of energy policy became national independence rather than reliance on foreign markets. This approach was expensive in the short- term, but the eventual payoffs are undeniable.

Crucially, France’s nuclear programme has been seen as a national infrastructure project from the start, with the private sector playing an important, but supporting, role. This outlook created a sense of clarity and laid the groundworks for the standardisation and long-term stability to enable the sorts of funding and deployment that the UK and other countries now need. The French government used this leadership position to highlight the benefits of nuclear.

As pressure mounts worldwide to find a solution to currently untenable energy and climate crises, governments around the world can find inspiration from France’s approach. Through standardisation, long-term investment and public campaigning, it is entirely possible to construct a stable energy mix free from fossil fuels, with nuclear energy as a core component alongside renewables and hydro.

SMRs will be pivotal in making this a reality, not only because they are innovative, may be relatively quick to deploy, and may be easier to finance. If private and public sectors alike can capitalise on this in the years to come, we will all be on our way towards a more stable and sustainable future.