As used nuclear fuel continues to pile up in the US, the need to find a solution other than repositories has never been more pressing. Andrew Tunnicliffe speaks with the American Nuclear Society’s Sven Bader and Steven Nesbit about how technology can help address the issue and what regulators need to do now to avert a bigger problem in the future 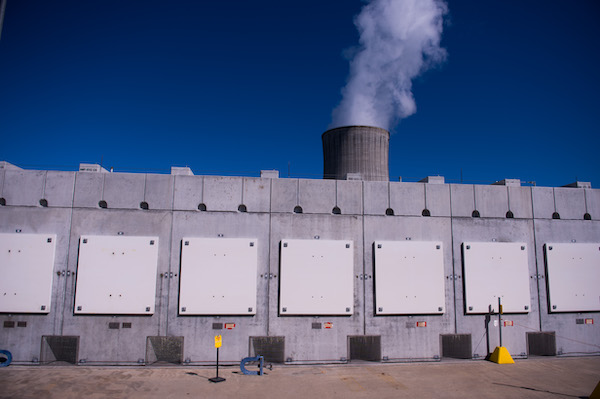 Today, the USA imports almost all of its uranium supply, tapping Canada and Australia for the lion’s share.

In the middle of the last century, however, the US was enjoying something of a boom in uranium mining. In addition to being well placed to produce uranium, the country was on the road to nuclear fuel reprocessing, with one commercial plant operational at West Valley and two others under construction: General Electric’s Morris facility in Illinois and Allied-General Nuclear Service’s Barnwell reprocessing plant in South Carolina. But that only lasted until the late 1970s.

There is much debate as to what led to the curtailment of reprocessing. Some industry watchers suggest it was economics, others that it was a lack of political will, but the majority argue it was non-proliferation, at a time when the Cold War was at its most dangerous. It was likely all of that and more.

It should be said that reprocessing is happening in the USA right now, but it is on a small scale and primarily at Department of Energy (DOE) facilities with DOE-owned used nuclear fuel. This non-commercial reprocessing does not fall under Nuclear Regulatory Commission (NRC) regulations.

What stands in the way of commercial reprocessing today remains a complex myriad of concerns. A June 2021 article in Catalyst asked, “Why won’t the US reprocess spent nuclear fuel?” The problem, it said, was “one of politics,” but Sven Bader, vice chair of the American Nuclear Society (ANS) Public Policy Committee and technical consultant at Orano Federal Services, LLC disagrees with that statement. For him, the issue is primarily economic, but fixing it must include reducing investment uncertainty, which means addressing the out-of-date and unwieldy regulatory framework. Regulators have only “a finite number of resources to do rulemaking with”, he says, adding that though there is movement, it is taking time.

Commercial reprocessing was halted in 1977 by then-President Carter due to concerns about proliferation.
That decision was overturned by President Reagan just four years later. But despite Reagan’s reversal, the practice never really gained traction again, largely as a result of economics.

Bader says, “Currently we’re not doing any commercial reprocessing in the USA and it’s primarily due to economic reasons. We just can’t compete against the raw material that we’re mining, converting, enriching and milling.”

Steven Nesbit, ANS president and president of LMNT Consulting, agrees that the situation today is the result of decisions made in the 1970s. “When you go back in time, you could say that most other nuclear countries were on a pathway that would incorporate reprocessing into their fuel cycle, and the United Kingdom and France continued on that pathway,” he says. “The US made a different decision and went in a different direction, where they would not recycle or reprocess.” That decision, overturned by Reagan, set the scene for the USA now.

According to Nesbit, the relatively low cost of uranium, coupled with the substantial costs of developing processing plants were and continue to be prohibitive factors. He says, “It’s a combination of the decisions taken in the 1970s and economics today. Reprocessing facilities are very expensive to build and, if the uranium price is low enough, it’s hard to put together an economic justification for recycling fuel and recovering that material when you can just start from scratch and do it more cheaply.”

Another significant barrier is the uncertain regulatory environment. Nuclear stakeholders are beginning to show their displeasure with the current situation. Work is ongoing to reach a rulemaking, but the process has been painfully slow and is proving to be a substantial obstacle to the evolution of the sector. In fact the process has largely stalled, deterring many from embarking on the process altogether.

Bader says this uncertainty is proving to be a huge risk that investors are currently reluctant to take. He draws attention to what he calls “gaps” in regulations that have been in existence for many years now, such as the requirement to place any high-level waste produced as part of reprocessing into a repository within 10 years (10CFR50, Appendix F). “That’s great if you have a repository available, but without the repository that’s a huge risk and that is posing a challenge right now,” he says.

Along with EnergySolutions, the Nuclear Energy Institute and Westinghouse, ANS last year urged the NRC to speed up its processes. In a letter to the NRC, Craig H Piercy, ANS executive director and chief executive, said: “Any meaningful effort to significantly reduce air pollution and carbon emissions, while advancing global human development and standard of living, must include a large, long-term and sustainable role for nuclear energy.”

He added that along with advancements in reactor technology and the availability of nuclear fuel, the minimisation of waste represents “a key factor needed to ensure the long-term sustainability of nuclear energy”. The letter said, “Rulemaking is a deliberative process and it is important to establish a comprehensive regulatory framework prior to any licence application being submitted. Moreover, completing the reprocessing rulemaking would support future options for, and potential innovations toward, used fuel management as well as clean energy generation using advanced reactors.”

Advanced reactors are generating a growing demand for some sort of rulemaking resolution, argues Nesbit, who says, “Our position at ANS is we’re looking not just at the present in nuclear technology and power, but to the future. We see the potential for wanting to deploy reprocessing and recycling facilities, perhaps in conjunction with advanced reactors, in the coming decade or so.”

Nesbit says the letter of 2020 to the NRC reflected that reality and the need for a workable framework. “While there is no immediate need to fix the regulatory framework, we think the time to get ready is before you have to be ready… It’s not like if they [the NRC] fix the regulatory framework tomorrow there would be oodles of recycling facilities springing up all over the US, but it needs to be done and we’d like them to go ahead and do it.”

The prospect of advanced reactors is real. It is estimated that there are currently in the region of 75 advanced reactor concepts in the US alone. Fast reactors are increasingly attractive given their ability to repurpose spent fuels. As the latest technologies transition through R&D to commercialisation, they will enable power generators to reuse an element of the spent fuel on site. Bader is particularly hopeful of this and feels these technologies might even address some of the challenges the NRC is facing in its rulemaking.

However, above all both men believe there is one significant case for spent fuel recycling: intergenerational inequities. “That’s something that we don’t talk about a lot”, says Bader, “that we’re producing waste now and leaving it for the next generation to take care of.” Nesbit agrees, adding that managing the issue today is simply the right thing to do.

However, he says the fact that the US has stored waste safely and effectively so far has, in some ways, been a hurdle to addressing final disposal now. “We have managed our nuclear fuel safely and securely for years and we’re going to continue to do that. So there’s no smoking gun that says we have to get it fixed tomorrow and that’s part of the problem, because it gives people the opportunity to kick the can down the road,” he warns.

If reprocessing is to become the next frontier for the US and its nuclear fuel cycle, much needs to happen. The NRC has to take meaningful steps towards an improved regulatory framework and reprocessing has to become much more economical. “Ultimately recycling or reprocessing is going to have to stand on its own from an economic, security and value proposition basis if it’s going to be adopted large scale in the US,” cautions Nesbit.

However, Bader suggests advances in reactor technologies might soon create that environment. “A lot of the new concepts are looking at advanced and fast reactors, which would be able to burn stuff like recycled MOX fuel,” he says.

There’s also another element he was keen to focus on. Likening the US and its abundance of spent fuel currently sitting in repositories to the Kingdom of Saudi Arabia and its plentiful oil reserves, he says: “We have 80,000 metric tonnes… We’ve got plenty of resources to utilise if we need it.” One way or another, something needs to happen with that “resource”. In an age of extreme climate awareness, and at a time when reusing is on trend, why not eke everything we can out of spent fuel? One person’s trash is another person’s treasure – that has never been truer. 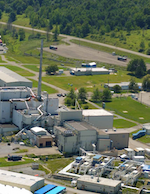