Agneta Rising, director general of the World Nuclear Association, speaks with Will Dalrymple about the progress and the pitfalls of radiological protection, and the key issues that came out of Fukushima.

"Everything in my career has been about protection, and making sure that protection is at a reasonable and appropriate level, and always in context. Protection of health and environment and at the same time supplying reliable nuclear electricity for the wellbeing of people is very motivating and exciting," says Agneta Rising, director general of the World Nuclear Association.

"The whole philosophy for protecting people that exists in the global radiological protection system is unique: you protect people today, tomorrow, the unborn and future generations; you protect in such a way that it has to be justified if anyone should get an exposure, there has to be a benefit for the individual or for the society or you aren't allowed to expose workers or the public. You cannot ever do anything just for the sake of it, or because you can't control it, or because it doesn't really matter. It is a unique -- and good -- protection system."

Rising started her career at Vattenfall, the Swedish electricity utility, in radiation protection in the 1980s. At that time in Sweden, new regulations were coming in to replace the ones from the 1970s. One of Rising's first responsibilities was to analyse and prepare so that new and existing reactors would meet the incoming regulations. The next phase of her career was to put these levels in context, to make comparisons with other risks in everyday life, to make radiation understandable to people within and outside the nuclear industry. Rising later became head of environment to manage and govern environmental issues for Vattenfall, over all of its energy sources. She has been director general of the World Nuclear Association since January 2013.

Will Dalrymple: What issues related to communicating risk and radiological protection came out of Fukushima?

Agneta Rising: The lessons on radiological protection that Fukushima brought out are many, but two were particularly important. One was the emergency, during the time of the initial emissions of radioactive substances, and how to deal with this -- whether to evacuate or not. This was a difficult decision; assessing risks associated with possible large radioactive emissions and with the evacuation procedure itself. But it is clear that the evacuation harmed people, and also caused deaths. [A report from Japan's Reconstruction Agency in August 2012 attributed 34 early deaths to the mental or physical burden of the forced move from their homes because of the Fukushima accident, most of them elderly].

"Most places near Fukushima are clearly within normal background levels for most of the world; these are levels that people live with and we don't see any health impact."

The second issue concerns the decision on how and when the evacuees may return to their homes. We are now in a situation where people are not living there; it should be temporary of course, but they have not been brought back. Radiation levels in the area have gone down a lot. Most places near Fukushima are clearly within normal background levels for most of the world; these are levels that people live with and we don't see any health impact. People of course should be able to move back.

Then we come to the complicated situation where people are traumatised by the circumstances they find themselves in. That happens when you evacuate people; that becomes a very hard, disruptive thing in society; added to this there is a loss of trust in authority. These people don't know if they have a future. They don't know when there will be decisions. They don't know whom to trust. They think they will soon get cancer, or will die; children think that their parents will die because of the Fukushima events. They have lost everything. They cannot handle it themselves. They are paralysed by the situation. They can't trust anyone, and can't see any future. They feel stigmatized. All of that is a real threat to health.

A trust and communication issue

AR: From my background and perspective, this is a trust and communication issue. This is about understanding and showing leadership on what needs to be done, and also about helping these people understand that these are safe levels of radiation. The radiological protection scientific community agrees. The doses are so low that we won't see any effect today, or in the future. From a body of knowledge based on more than 100 years of science and experience, there will be nothing detectable at these levels. Radiation is probably one of the most-researched agents that can have an impact on the body; maybe only smoking and smoking risks have attracted similar levels of research.

A total exposure below 20 mSv/yr is theoretically connected with a very small health risk -- though this is not detectable. To get statistically-significant data you would need to have a group as large as the population of Earth and expose half the group to a few extra mSv, and then compare the two groups to be able to see whether there might be any difference in health. This is of course an unfeasible experiment; so also it is unfeasible to attribute health effects at low doses. So that raises the question, are radiation doses at these levels very significant when impacts are so low that they can't be measured? Is it something that we really need to worry about?

The Japanese authorities have said that they are aiming for the lowest dose to the public, so 1 mSv/yr is the target long-term maximum level set in Japan for activities to reduce contamination. Well above this tiny dose, you still cannot see any health consequences. Effects have not been seen even at doses of tens of millisieverts. If you don't see anything, then in the practical sense for the individual, there is no difference between 1 mSv and tens of mSv.

If we could do better when we put these doses into perspective and explain what kinds of risks are related to them, if we could reach the people affected and stigmatised by the radiological situation, and if they would trust the information, believe it and feel safe, then a lot of good would be done.

"In principle the risk situation of the Chernobyl workers had not changed significantly, but the situation around them was dramatically changed because of the misperceptions about radiation and its potential impact and risks."

The sad thing is that we experienced the same thing after Chernobyl. The workers at the Chernobyl reactor were heavily stigmatised. People thought that the liquidation workers, who were taking care of the aftermath, were radioactive: 'we cannot get close to them'. The workers themselves thought: 'I have this within my body', 'I will get cancer', 'I am going to die because of this'. They were totally isolated, and could only be around those other liquidation workers. Reports showed afterwards that they had high rates of suicide and alcoholism, as well as high rates of accidents. Because of this stigma situation these men couldn't find a wife, and couldn't have a family. It was a very sad situation.

But in fact they had not become radioactively contaminated, even though many of them had received high external radiation doses. It was unlikely that they would die earlier because of radiation. In principle the risk situation of the Chernobyl workers had not changed significantly, but the situation around them was dramatically changed because of the misperceptions about radiation and its potential impact and risks.

WD: Why hasn't the situation changed?

I hope that we can learn from this. There could be other situations where there are higher radiation levels. I hope that next time we will do things in a better way.

Even if a person would get such a high radiation dose that they would become ill -- we are talking about doses around thousands of millisieverts incurred in a short time -- they may experience gastrointestinal problems with nausea and vomiting, but then they will get better, heal and return to normal. That dose of course brings an extra future risk of contracting a fatal cancer. But that risk is still small enough to be overwhelmed by taking exercise and keeping healthy and for example quitting smoking. These are still at lower risk levels than the difference between a man and a woman in terms of longevity. If a woman is working in the industry and receives the maximum allowed dose every year, she will still have a longer life expectancy than a man without any radiation dose. It is a small theoretical change; a loss of a few weeks.

Also, there is some kind of imbalance in the perception of radiation in medical applications in contrast to radiation risks in industrial applications. For example, in radiotherapy for the purpose of killing tumours the standard is to use procedures that result in very high doses -- usually tens of treatments, each involving thousands of millisieverts -- whereas in industry we are always working to lower the doses. In medicine, some imaging procedures (such as CT scans) for diagnostic purposes are preferred, because they result in superior quality (like high image resolution), and so are seen as being in the best interests of the patient, even though they give a high dose. Even when the nuclear industry is working with doses lower than 20 mSv, what is often lost sight of is the fact that we are generating electricity for the benefit of society. So the industry has had to deploy greater protection irrespective of costs. This has not so far been an issue, but eventually we come to a limit where that doesn't work anymore. 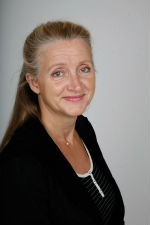