Industry training schemes run by Exelon, the IAEA, the University of Cumbria, Westinghouse and EDF Energy/Babcock have been recognised by a panel of judges in the 2014 Nuclear Training Awards. The second annual Nuclear Engineering International magazine Nuclear Training Awards scheme highlights some of the best training and education courses in the nuclear industry. We received applications from across the nuclear sector for the five training awards, which range from work-based programmes to higher education degrees.

Entries came from nuclear plant operators, reactor vendors, national and international industry associations, as well as universities and other education providers. The courses varied in duration from four hours to four and a half years, and covered a diverse range of topics. Most focused on nuclear power plant operations, but others offered specialised training in areas such as geological disposal of nuclear fuel, reactor physics and radiological protection.

Shortlisted applications were sent over to our expert panel of judges, who selected the winners. David Whitmore, global engineering and technical director, Atkins said that the overall quality of the applications was 'very high and made for a good competition.' In particular, Whitmore praised the strength of the applications in the apprenticeship category, saying it was 'really encouraging' to see such quality programmes in the nuclear industry.

Competition was also fierce in the short training course of the year category, where many of the programmes focused on nuclear safety culture. Ronald Knief of Sandia National Laboratories described all five shortlisted entries in that category as 'excellent,' and said that he would love to sit in on selected portions of each one.

The winning courses are all profiled in the January 2015 issue of Nuclear Engineering International. They are:

EDF Energy/Babcock (Apprenticeship of the year)

Thanks go to our judges, who made this project possible, and all those that entered.

Look out for our call for entries for the 2015 awards later this year. 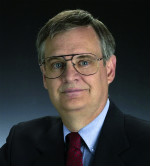 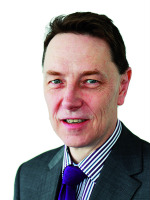