One size fits all metering

Why has the Nuclear Power Industry failed to embrace and benefit from the digital revolution? Despite the obvious benefits it offers like higher reliability, accuracy, efficiency, and return on investment, nuclear operators have resisted adopting digital metering. Could that be about to change? 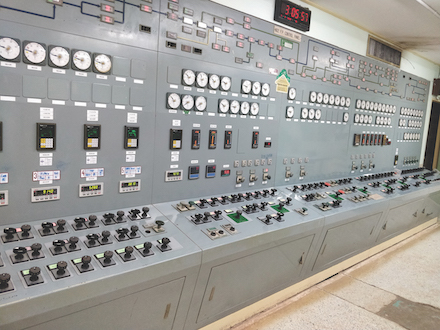 For over 60 years the entire world has embraced the digital technology revolution and has been steadily reaping the financial, efficiency and reliability benefits. Everyone except the nuclear power industry, that is.

One example of this reluctance to adopt digital technology comes from the continued use of analog metering. The inaccuracy, unreliability and limited life expectancy of this obsolete approach forces the industry to operate at below-optimum profitability. It’s a decision costing millions of dollars to all involved, from consumers to investors.

The high cost and quantity of spare Class 1E meters held in emergency inventory was, and is, unaffordable, especially for a company owning 20 or more I&C rooms and simulators. Every Class 1E analog meter in the control room must have a spare Class 1E meter in inventory for emergency use. The problem is augmented by the inevitable high cost of replacement analog meters due to both their increasing obsolescence and low demand caused by the technical evolution to digital technologies.
In other words, as the famous scientist Charles Darwin said, “Evolve or Perish”. What are the options for the industry to eliminate the millions of dollars wasted in spares while also increasing reliability, efficiency and ROI but without making any gross changes to existing installations?

One solution is to copy D’Arsonval’s “one movement” Analog meter design of 1856, but as a completely digital version. This approach nonetheless avoids going through expensive NRC cyber -security compliance to NEI08-09 by developing a “one movement-one signal and power” universal display and adapter plates to convert existing panel cut-outs to accept any display. The universal display also requires a new universal input/output signal, control and power circuit to convert all inputs & outputs to the “one movement” requirement of all displays.

This solution delivers the most important outcome by eliminating the need for multiple same “movement” spare meters with different scale plates, colors, text, and calibration by developing a new printing technique. Instead of the conventional approach, a self-adhesive scale plate sticks to the front of the filter and can be field replaceable. It allows the same meter to be used for any and all process signals, power or outputs and can be printed to suit.

Because of its simplicity and the fact that no changes to the existing panel, wiring, signal, power or operators are required, the universal scale device is fully “plug and play” and as a result was christened the PNP.

Plug and Play (PNP) is a stand-alone direct replacement for obsolete analog and digital meters requiring no changes to existing installation, panel cut-out, signals, wiring or operator training while improving efficiency due to higher accuracy and resolution and a better human/machine interface. At the same time, it eliminates the multimillion dollar “spares” inventory to a mere ~$25,000-worth of “one for all” spares and replaceable “sticky” scale plates.

Counting the cost of analog spares

For NPP A: there are a total of around 640 obsolete analog meters. Of these about 445 are VMI9222 and around 180 are VMI9223. Assuming that of the 625 VMI meters there are around 400 Class 1E and some 225 CG, with about 20 different input signals and around 250 different scale plates, three different power inputs, two different control outputs, and in the spares inventory one each of every “unique” Class 1E meter. The total spares catalogue runs to approximately 300 meters at a present cost of some $10,000 each or around $3m of spares inventory.

About 20 obsolete analog meters are replaced at the plant every year, so it’s possible that all the 640 analogs will be replaced within the NPP’s current licence period. Will the present supplier have enough old meters to rebuild to  recycle and if so at what price? The present estimated net cost for a Class 1E replacement analog meter is more than $15,000 each with a delivery lead time of perhaps 28 weeks. Considering the “loaded” cost (including procurement, storage, insurance, cost of idle $, overheads, and so on) an additional 20% is typical of the inventory. With 640 meters of perhaps $15,000 plus another $3,000 of load factor the inventory for meters alone could run to more than $10m with inflation a further factor to account for over the next 20 years.

The corresponding cost of spares inventory for the PNP version of meters would consist of one PNP-2 display/ controller, one PNP-V display/controller, one plug-in loop power input-signal converter module, one of each optional Control Output plug-in module and one each of the 250 different “sticky” scale plates for the displays. Meanwhile for the transmitters spares would be one 4-20 mA current loop transmitter (PNP-D or -P or -X or a combination), one each of every plug-in module for the 20 different input signals, and one each of the plug-in power input module. The total estimated cost of PNP spares here is less than $25,000.

In addition, the average meter life expectancy for an analog meter is around 10-15years whereas the digital unit might run for 40 years or more. There are other benefits too.

Accuracy and resolution for analog meters is around 2% (depending on operator parallax) whereas for digital it is closer to 0.05% and there is no possibility of parallax errors occurring.

The estimated cost of digital modernization with PNP for some 640 current loop transmitters (Din Rail or Panel Mount) to EPRI 102323-rev4 standard for every signal input listed at about $4,000 each is around $2.56m.

One spare for each of the PNP-2, PNP-V, three different power supply modules, 20 different input signal conditioner modules, each control output modules (as listed) and 250 different adhesive scale plates at $25,000 leads to a total one-time investment of $5,145,000 or about 60% of the cost of just maintaining the analog meter I&C for the next 20 years.

It’s estimated that American NPPs have about 8,200 discontinued VMI 9221, 9222 and 9223 in use today. The only way they can be replaced is if the old meters are recycled and rebuilt, since the demand doesn’t justify the investment to build new ones from scratch. This is an issue that is only going to become more challenging as times passes.

Instead, copying D’Arsonval’s “one movement” analog meter invention of the 1800s, but utilising modern technology, eliminated the mechanical movement and achieved a simplicity of design.

The PNP “one movement” display (Patent # 10,222405) only accepts bipolar, single ended or differential 0.5V DC signal input and 3-5.5V DC power input. In other words, all PNP displays/controllers have identical inputs/outputs regardless of size or shape, and all displays accept the self-adhesive scale plate that is placed on the front of the filter. Any display can be used for any application. All offered (and custom) signal and power input options are converted to the “one movement” either at the 4-20 mA current loop transmitter or inside the housing of the display, or at the HUB that converts them to the required “one movement” (+/- 0.5V DC full scale signal and 3-5.5V DC power). The HUB is used to convert any and all existing panel cut outs (if the selected PNP housing fits in existing space) using the available (or custom) adapter plates to mount the selected PNP display/controller in an existing panel space without retooling the panel.

The Plug and Play (PNP) acronym is used because it’s truly a plug-and-play design, no changes are required to present panel mounting as long as the case selected will fit within the space and no changes are needed to existing wiring for signal/power or existing signals.

PNP technology represents the natural evolution of the nuclear instrumentation and control room. Improvements in accuracy, reliability, and efficiency have allowed digitalization to overtake analog instrumentation in the 21st century control room, and it is now time to add cost-effectiveness to that list. Such technology can not only improve the performance of I&C room instruments but can also effectively address economic concerns over spares inventory by reducing the number of spares necessary, from hundreds down to a single spare instrument. And it can do it without any disruption to whatever surrounding panels or wiring may be in place.