Nuclear decommissioning in a circular economy

The world is striving for a circular economy. Kristina Gillin reflects on what this means for nuclear power plant decommissioning 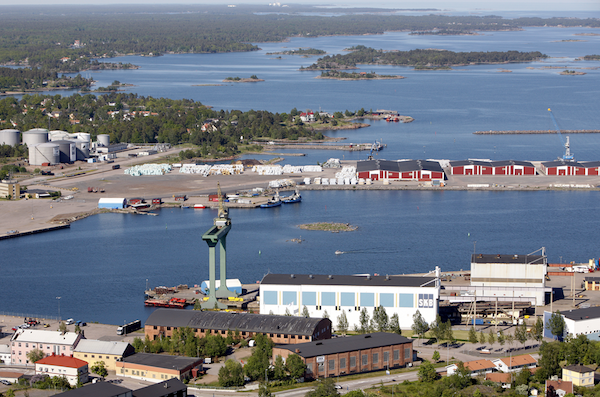 In step with sustainable development, awareness is growing that we need to move from a linear to a circular economy. In a circular economy, the things that we use are designed to last longer and can be repaired, reused, repurposed and recycled. Other key features of circularity include lifecycle thinking and elimination of waste.

An increasing number of reactors now require decommissioning. The question that arises is how to decommission a nuclear facility in a manner that is consistent with circular-economy principles.

The conventional model for a nuclear lifecycle is linear (facilities are sited, constructed, operated, and decommissioned), and materials are managed from cradle to grave. But several of today’s practices already are consistent with a circular economy.

Refurbishment and life extension of existing plants strongly reflect circularity principles, as does reprocessing of spent fuel, and the clearance and recycling of metals and other materials. Other examples include reusing components from shutdown reactors in operating plants and repurposing buildings for waste processing and storage, rather than building new ones. Using material from demolished buildings as ‘fill’ when restoring a site is also consistent with circularity, if the buildings cannot be refurbished or repurposed.

One relates to space, and to different levels — from the materials within a nuclear facility to the components, buildings, local communities and whole regions. Circularity can be achieved either within each of these levels (such as repurposing buildings on the site) or between them (for example, by reusing backup generators on another industrial site within the community or region).

Decommissioning projects can enhance circularity of products and fixed assets beyond the site boundary. For instance, they can reuse products no longer used by others (such as discarded hotel towels for workers) or repurpose buildings in surrounding communities to support nuclear back-end management. An example of the latter is SKB’s Canister Laboratory in Oskarshamn, Sweden. This building was previously part of a shipyard; now it is the centre for developing technology that will be used to encapsulate Sweden’s spent fuel in copper canisters.

The second view is time. The site will evolve through phases where the primary activities vary from construction to operation, safe storage, dismantling and demolition, site restoration and, eventually, to post-decommissioning use. Similarly, circularity can be achieved within each of the phases or from one phase to another.

Since a circular economy is enabled through design, future reactors are much better prepared for it than existing ones. But there is a greater potential than many might think for current nuclear sites, which generally were not designed for a circular lifecycle, to align their decommissioning with circularity principles. Several repurposed research reactor sites are good examples of this, such as Sweden’s R1 reactor hall, which now is a venue for art installations, concerts, media research, live theatre, film productions and more.

Differences in regulatory requirements translate into different prerequisites for reaching circularity. This includes different countries’ approaches and criteria for clearance, and whether buildings and other structures are allowed to be repurposed or must be removed.

Government, owner and operator interest in a circular economy influences the potential for achieving circularity, as do the views of local community stakeholders and the public.

Stakeholder and public input is key to consider when planning for decommissioning, but since opinions may change, this can be a challenge. It is not uncommon that external voices are raised in favour of preserving reactor buildings once they are about to be demolished, which is a sign that acceptance and support for site repurposing likely increase over time.

To leverage the advantages that a circular economy offers, further work is needed to understand what a circular approach to nuclear decommissioning entails.

“IAEA widely supports sustainability and circular economy considerations in nuclear decommissioning that are in line with the UN Sustainable Development Goals,” says Christophe Xerri, director of the IAEA’s Division of Nuclear Fuel Cycle and Waste Technology.

Besides benefiting society at large, a circular approach to nuclear decommissioning has advantages for nuclear owners and operators. Vladimir Michal, the Decommissioning Team leader in IAEA’s Section on Decommissioning and Environmental Remediation, explains: “Decommissioning of nuclear facilities based on sustainability and circular economy principles can bring together significant benefits, including less waste, lower costs and reduced risk of implementation delays. It is also a great way to engage stakeholders and encourage effective communication with the public.”

Given the different prerequisites and interpretations of what nuclear circularity means, a framework needs to be developed that has different processes for existing and future reactors. International collaboration is key in this area, to ensure applicability, regardless of regulatory requirements.

Since regulations and standards greatly impact circularity potential, new guidance is needed to ensure that the requirements posed do not prevent — and better, actively encourage — a nuclear licensee to embrace circularity principles.

The timing for developing a framework and revisiting regulations and standards from a circularity perspective could not be better. Where several countries have ambitions to build a large fleet of small modular reactors (SMRs), the nuclear industry, host communities and broader society have a lot to gain if they can be designed for a truly circular lifecycle. 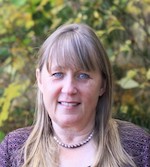 Kristina Gillin is Principal Consultant at Vysus Group focusing on business development and delivery of projects in nuclear decommissioning and waste management.

SKB’s Canister Laboratory in Oskarshamn, Sweden (Photo Credit: SKB)
The rows of offices inside the reactor hall were not demolished during R1 decommissioning. Photo: Maria Fardi
Post to: