The market for back-end solutions from decommissioning projects to nuclear waste and spent fuel management solutions is expected to be worth in excess of $360 billion in the period from 2012 to 2030. The market for decontamination, dismantling and waste management of shut down nuclear power plants has strong prospects globally.

Nuclear power generation capacity is expected to rise from 391 GW in 2012 to 553 GW by 2030. The net change is attributed to 313 GW of new nuclear plants coming online, and around 150 GW of capacity being retired, as around 40% of existing nuclear plants will reach the age of 45 years or older in the period to 2030 (Figure 1).

The new capacity means there will be an abundance of new nuclear decommissioning projects in future (2100 and beyond), as well as opportunities for spent fuel and radioactive waste management during operation. Back-end prospects are expected to increase further with additional demand from other nuclear installations (for example, fuel fabrication plants).

The global cumulative back-end market volume is expected to exceed $360 billion in the 18-year period from 2012 to 2030, according to an analysis conducted by Roland Berger Strategy Consultants. The market is expected to continue to rise, offering opportunities for emerging suppliers.

The total decommissioning market is valued at around $80 billion, with spent fuel and radioactive treatment markets valued at $150 billion and $130 billion, respectively. Most of the market opportunities will be in infrastructure and product development. Waste treatment, which includes disposal and spent fuel reprocessing, is expected to be the biggest service market (Figure 2).

"France offers the largest market prospects overall ($61 billion), and is followed by UK, and emerging markets China and Japan."

France offers the largest market prospects overall ($61 billion), and is followed by UK, and emerging markets China and Japan. France also offers the greatest market opportunity in the period to 2020, with the market valued at around $29 billion in that period. From 2021 to 2030 Japan is expected to offer the biggest back-end opportunities with the market value estimated at about $34 billion. Other emerging markets in that period include Russia, Germany and India.

The UK is a sizeable decommissioning market today and will be attractive in the future due to the UK's long-term commitment to nuclear technology. The UK has made strong progress in decommissioning with 29 units (4.2 GWe) in retirement today, at various stages of decommissioning. Back-end market prospects are expected to continue, as the UK is proposing to build 8-13 new units (around 19 GWe).

In Germany, which closed eight units in 2011 and ordered the closure of its remaining nine units by 2022, the approach and timeframe for decommissioning has not been finalised. Decommissioning of the first unit is likely to be the most costly, so utilities may see it as beneficial to wait, opting for long-term safe entombment of nuclear plants. On the other hand, internationally-experienced contractors could encourage more near-term decommissioning.

There are a number of different models for funding decommissioning projects.

This article is based on a presentation made by Hans-Joachim Kopp, partner Roland Berger Strategy Consultants, at Atomexpo 2013. 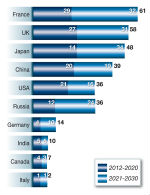 Figure 2: Nuclear back-end market opportunities in the period 2012 to 2030